I was the first person from school to go to university. I found the law at the same time as my political awakening – so together they became quite powerful. My mum had a strong sense of fairness. Her mantra was ‘don’t judge a man until you’ve walked a mile in his shoes’. This has stood me in good stead. 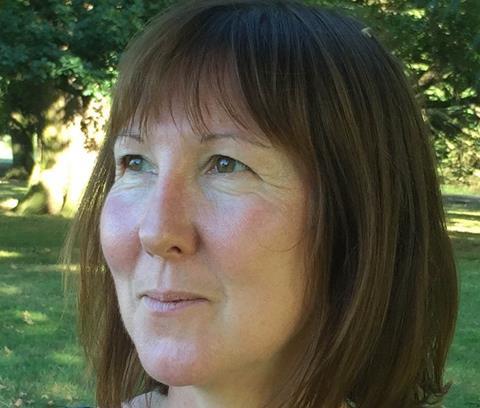 I did an MA in social welfare law at Leicester University and was supported by my firm in Nottingham, Gregsons, where I trained. They had a reputation for representing women in domestic violence cases and had been a key player in representing the striking miners. It was a great preparation for the legal work I do in law centres.

Law centres were created in the 1970s by radical lawyers who wanted to advise at the heart of their communities. Funding is always short-term. This makes it difficult for planning and detracts from real work. The erosion of legal aid and the huge problems obtaining funding for vulnerable clients are continuing problems.

My legal career has helped my writing. I write for Legal Voice and have a column starting in Legal Action magazine soon. I began to write because I wanted others to see that austerity justice is not working.

I went to the European Court of Justice in Webb v EMO Air cargo (UK) Ltd, a pregnancy dismissal case. We won and the court held that pregnancy should not be compared to another person’s sickness.

Robinson v Hammersmith & Fulham LBC [2006] was also special. My client was a 17-year-old girl who had been sleeping rough because the council refused to house her. They said she would be 18 in a matter of weeks and then there would be no duty, so they left her on the streets. We won this in the Court of Appeal and my client went on to sit her A-levels and get a degree. Without a home this would have been impossible.

I have two least-favourite laws. LASPO, because it took away the rights of vulnerable people to access justice and continues to do so. As a housing lawyer, some of my work still remains in scope – but it’s crisis management. And Ground 8 of the Housing Act 1988 – where a landlord can evict if there are just eight weeks’ arrears of rent. The judge has no discretion.

I hope that we can inspire a new generation of legal aid lawyers. I hope that legal aid is restored, there is central funding for law centres, and there are changes to social housing. Decent, safe, affordable housing should be a basic right.