Knowing I was going to become a lawyer, I first did a degree in monetary economics at the London School of Economics. I then went on to Georgetown University Law Center in Washington DC, where I focused on international law. As I’ve worked in many emerging and developed markets, as well as lived on three continents in my legal career, I think that worked out well!

In 2010, when the 30% Club was founded, only 12.5% of FTSE 100 board members were female and 21 of those companies had no women on their boards. Today, women make up 27% of the directors on those same boards, and only one company has no female representation. 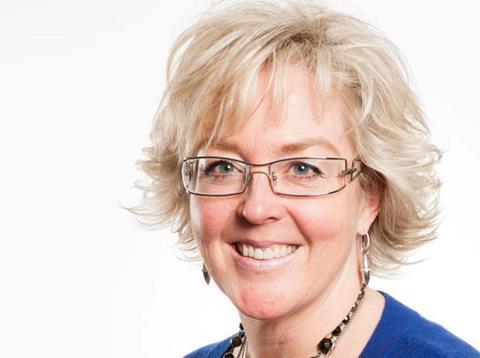 There is still much to be done if we are ever to reach parity. In 2016, we expanded our original project: first, we broadened the scope to include the FTSE 350, where we now have a goal of reaching 30% women on their boards by 2020; and second, we established a pipeline target of a minimum of 30% women at senior management level in the FTSE 100 by 2020. Both will be critical to ensuring business and industry not only reach but sustain an effective level of gender balance.

Last year in the UK, 61% of all new solicitors admitted to the roll were women. Overall, women make up just over 50% of the 175,000 solicitors on the roll, but only 28% of partners in private practice.

Recognising that the business case for gender balance is compelling, we have been working hard to address the reasons that partnership is either unattainable or undesirable for many women. Early efforts focused on ‘fixing the women’ – setting up special affinity groups, training, mentoring, and so on – all designed to teach women how to be like men. Thank goodness we’ve moved beyond that now, because the primary benefit of diversity is in disrupting the ‘groupthink’ that threatens to stall innovation.

We can’t change unconscious bias through conscious action. We’ve tried training – and some of it works, to a point – but changing a perception that has been culturally and sociologically ingrained since childhood requires working on the subconscious mind. This is where role models come in.

Young lawyers need to see that their career paths are not limited by their gender. For that we need to have women visible at all levels and in all roles in leadership, not just those that are typically filled by women. Making sure that role models are in place and are doing a good job of encouraging aspirants is one of the jobs of good law firm leadership.

Anytime you can get help from someone who has walked in your shoes, you should take it. But formal mentoring programmes are often too structured and too rigid to be effective in helping women advance into leadership. In law firms, we have to be cognisant of what we define as ‘partnership qualities’, because all too often they are skewed toward male behaviours. We don’t want our mentoring to make women think they have to imitate men.