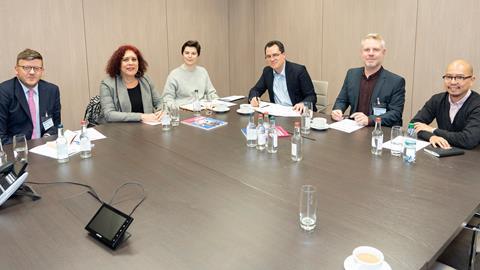 Cast as ‘vagabonds’ in many countries, blackmailed by police and turned down for asylum, transgender people are badly let down by the law. What can be done? Eduardo Reyes reports

Around the globe, the impression transgender people have of the criminal justice system is negative and complex, and that is closely linked to legislation that criminalises same-sex activity. The lived experience of transgender people, as related to researchers, shows that criminal laws, along with public order legislation and laws on fraud, are being widely misused by officials who act with impunity.

That picture is charted in a major report completed by the Human Dignity Trust (HDT) with pro bono support from lawyers at international law firm Skadden Arps, launched at the Law Society. The report, Injustice Exposed: The Criminalisation of Transgender People and its Impacts identifies 73 jurisdictions that criminalise same-sex activity – 40% of all countries. When pondering the legacy of British imperial rule, it is worth pausing to consider that 70% of those countries are in the Commonwealth, where many penal codes from the colonial era survive and are in active use.

The origin of those penal codes can be traced to the 1824 Vagrancy Act which, Injustice Exposed’s authors note, was created ‘for the suppression of vagrancy and punishment of idle and disorderly persons, rogues and vagabonds’. The act’s targets included sex workers, beggars, fortune tellers and the unemployed. Uganda’s penal code, to take one example, targets both ‘idle and disorderly persons’ and same-sex ‘carnal knowledge’.

The role of sharia law in many national and federal jurisdictions is also significant. Amnesty International reports are referenced heavily in Injustice Exposed’s footnotes.

The research undertaken for HDT’s report has shown it is important to start looking at the experiences of transgender people as a distinct group, HDT senior advocacy adviser Alistair Stewart says. 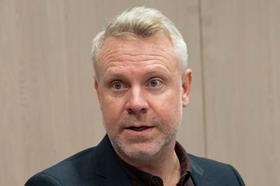 ‘[Injustice Exposed] was a piece of work for us to expand our own understanding of the space, but also to broaden the conversations around criminalisation from what had really been considered the criminalisation of same-sex activity.’

What emerges from that focus is a clearer picture of the way public order offences are used, sometimes in combination with laws against cross-dressing. ‘There is a wealth of evidence of the way in which state authorities, police forces, use public order offences to criminalise, target and harass trans people,’ says Stewart. ‘These may be vagrancy laws, [and] laws that police the public space.’ Also relevant, he adds, are transgender people’s ‘actual or perceived participation in the sex industry’. 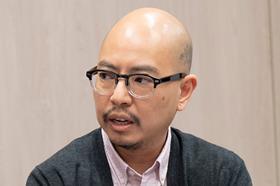 Laws on drugs are relevant here too, says Zhan Chiam of the International Lesbian, Gay, Bisexual, Trans and Intersex Association (ILGA World): ‘The researcher who works with me on Latin America has found a trend in the countries that she was able to access [for] a lot of drug offences… laws [to be] used against trans people. That’s an interesting trend in that region. The research coming out of Africa found that in some instances as well.’

Tamara Adrián, a lawyer and a member of Venezuela’s National Assembly, references a study focused on Caracas that indicated that more than half of transgender women were involved in drug and alcohol abuse, enhancing their vulnerability to such laws.

Police forces feature prominently in discrimination against trans people, Injustice Exposed notes: ‘Multiple studies from the Americas, Africa and Asia find that the overwhelming majorities of trans people report experiencing harassment, violence and abuse from law officials and identify them as the main agent of their discrimination.’

Such vulnerabilities may not be visible in prosecutions directly or indirectly linked to the legal status of transgender people. 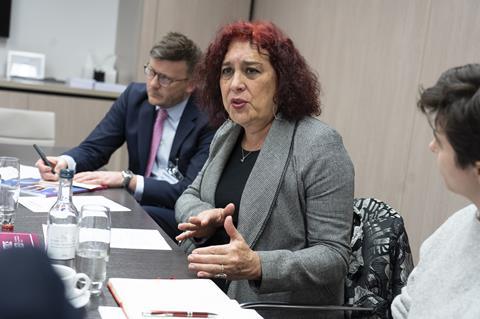 ‘There is actual evidence that transgender people are often targeted in order to be blackmailed by the police or public officers, or even private security officers,’ Adrián points out. ‘In general, in Latin America, there are no laws that criminalise same-sex love [or] trans people… [and] cross-dressing is almost non-existent now in Latin America as a crime.’

Statistics may also fail to show whether arrests are linked to the subjects being trans people, Lara Goodwin, an academic working on research with ILGA World, says: ‘We’ve really been able to make connections with communities and unpack all of those public order offences and the same-sex activity criminalisation.’

Goodwin adds an example of this in operation: ‘In Azerbaijan, law enforcement and the government quite often use public health justifications in order to arrest trans people and trans sex workers. There is a law on the prevention of the spread of HIV, so that doesn’t necessarily fall under the public order offences category. But once we started talking to activists there, they told us about how these different laws, like the drug laws, like the public health laws, all affect transgender people.’

Goodwin notes that often ‘it won’t just be one law’ that affects transgender people but ‘a multitude of laws that all combine together’. In another scenario, subjects were arrested under sex work laws, but charged with other offences.

In 2018, the UK government launched a consultation on reforming the Gender Recognition Act 2004, to which 53,000 people responded. Changes to key aspects of the tests applied before granting a gender reassignment certificate were called for by One Pump Court’s Allan Briddock (pictured), and the panel.

‘If you’re married,’ says Briddock, ‘your spouse can veto your gender recognition certificate.’ This needs to be dropped, he says.

Briddock says ‘not everyone can afford’ a gender recognition certificate. According to some calculations, the process costs up to £235.

‘You have to live in a certain way, according to this panel, and then that secret panel – you don’t know who they are – make a decision on your own gender.’ 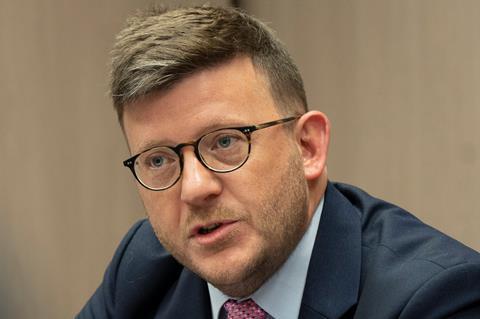 ‘It’s very medicalised at the moment,’ Briddock says. ‘There has to be a diagnosis of gender dysphoria. There are a lot of reasons why that’s no longer fit for purpose.’ He argues for a process where people ‘self-identify’ – the most controversial reform proposal.

More than a year on, the government has yet to respond to submissions to the consultation.

Law reform, therefore, is not the sole solution. Stewart points out: ‘From the research that we’ve done, states and state actors use these laws because they’re the tools they have to hand. If the tools don’t quite fit the oppressive acts that they want to commit, they’ll find other tools, they’ll make the tools fit, or they’ll act in the complete absence of any tools at all… it’s almost [that] the transphobia comes before the use of the law, rather than the use of the law, or the law itself, fostering transphobia.’

There are consequences here for transgender people who flee a jurisdiction where they are subject to victimisation and seek refuge in the UK. Allan Briddock, an immigration lawyer at One Pump Court who does voluntary work for the UK Lesbian and Gay Immigration Group, notes: ‘These laws are… being used to drag people off the street’ but ‘the UK government doesn’t recognise that’.

He notes a key case where the European Court of Justice found ‘that criminalisation on its own doesn’t amount to persecution’. In turning down an application for asylum, where LGBT+ status is a given reason for persecution, the Home Office will cite an absence of prosecutions in the country of origin.

Another reason may be that the applicant is seeking to prove they are transgender, but has not identified or lived as such in their home country – ironically because of the threat of oppression. Here, Briddock is frank: ‘If you know in your country of origin that if you express your gender identity, you might have your head chopped off or you most definitely will be arrested, then you won’t express that gender identity, [so] there’ll be nothing to report.’

In addition: ‘You might have a trans or non-binary person who’s claiming asylum, but they themselves don’t necessarily identify as trans or non-binary in their country of origin because that language doesn’t exist, and that community doesn’t exist. Even when they get to the UK or another country which may be safe, that person might be not just misgendered, but put into the completely wrong category of LGBTQI.’ 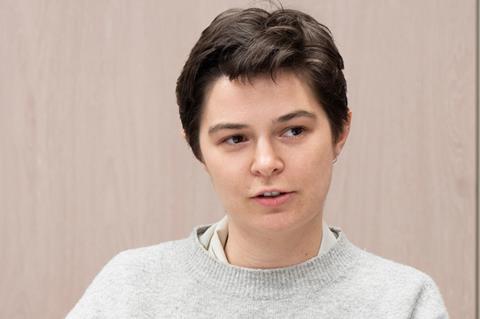 Home Office decision-makers apply tests in LGBT+ cases, such as whether the applicant has been involved in the ‘gay scene’, which is a flawed approach, he points out: ‘If you’re in London and it’s £5 for a drink and you’re an asylum seeker, going out to gay bars and being on the scene just isn’t financially possible.’

Goodwin adds: ‘In London, for example, the queer scene might be more of a nightlife thing, and it’s very geared towards white cis gay men, and for a trans person to access that, it’s just not necessarily possible.’

Adrián notes that in this regard, the progress of some transgender people can, perversely, have a negative result for others, including those seeking asylum: ‘Recently… I was contacted… by asylum lawyers in Spain and in the United States, where a judge denied the application for asylum based on the fact that I was an elected MP… and that was a recognition there was not [persecution of] trans people [in Venezuela].’

She notes the election of transgender people to public office in several Latin American countries.

‘It’s all because we are participating in politics,’ she says. ‘It isn’t because there is no discrimination or because there is no violence, but because, for particular reasons, we are starting to organise and be involved in political parties and getting into mainstream politics to make things change.’

Given the complex international relationship between the criminal law, the behaviour of state agencies and societal attitudes, Stewart concludes that seeking to secure the safety and rights of transgender people is a daunting task.

‘As an organisation that is very focused on the utility of the law and improving people’s lives, what sits at the core of our organisation is the very simple idea that laws can be good and laws can be bad,’ he reflects. ‘If you can change a bad law to a good law, you can improve people’s lives. I think 70%, 80%, 90% of the time, that is true. What shocked me about this research was, actually, the activities of state actors operating entirely outside of the law with no punishment, no recourse.’

This roundtable was kindly hosted by 39 Essex Chambers