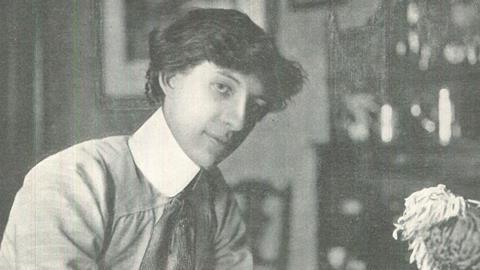 Source: Masters of the Bench of the Honourable Society of Gray’s Inn

As we approach the centenary of the Sex Disqualification (Removal) Act 1919, we will hear much about two feminist legal icons: Carrie Morrison and Helena Normanton. And rightly so, because their impeccable timing and endeavour secured their place as the ‘first women lawyers’. 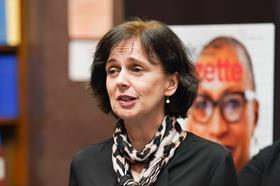 However, we should pause and remember that these two brilliant pioneers were not the only catalysts of change. Women’s entry to the legal profession was secured by the work of the women’s movement and supportive men.

Before 1919, many women campaigned against the male exclusivity of the legal profession and other would-be women lawyers were rejected. Their contribution was just as far-reaching and came at great personal expense. One such woman was Bertha Cave (1881-1951) (pictured above), a servant’s daughter, who applied to join Gray’s Inn in 1903.

Cave’s challenge is extraordinary given her sex and class. We have no evidence of why, or who supported her; this has either been lost or was never recorded. In 1903, the bar was an elite profession, occupied by the sons of the establishment. The bar provided the pillars of law and the executive. It was terrified of any competition because there was barely enough work for existing barristers. It did not want to accept lower-class men, let alone women of any class, as this challenged the status quo.

Cave was born at Park Lodge, Sundridge, Kent, on 14 November 1881. She was the  eldest child of James Cave, a domestic servant and later butler to William Tipping (JP, archaeologist, railway director and sometime Conservative MP for Stockport), and his wife Annie, also a servant.

On 3 March 1903, Cave applied to join Gray’s Inn, writing: ‘I am aware that my application is most unusual and no doubt without precedent’. Her application was considered during a meeting on 13 March where, despite her being supported by two benchers, the decision was referred for further consideration. This happened on 24 April and it was concluded that when the regulations were read in the light of their uniform and uninterrupted usage for so long, they militated against the power of their body to admit women. So Cave was rejected.

Cave then did something extraordinary: she appealed. This was heard in the Moses Room of the House of Lords on 2 December 1903. Appearing as a litigant in person before a formidable group of judges, sitting not in their judicial capacity but as an appeal tribunal to the Inns of Court, she argued her case and lost, all in 10 minutes. They demanded that she provide precedent that they could admit her, which she could not.

Describing her rejection as a ‘beastly shame’, Cave was reported to have threatened various things, such as applying to Middle Temple for admission, practising as an ‘outside lawyer’, seeking admission to the roll of solicitors, or studying for an LLB degree of the University of London. But she never did any of these.

Her final public appearance was in November 1904, when she appeared in the news as a result of a dispute about a bicycle. Her father was being sued as her guarantor for the non-payment of a bicycle; she maintained the bicycle was defective and lost. Appearing in court robed in ‘cap and gown’, she attempted to sit on the counsel’s benches, but this was objected to by a solicitor and she had to move to the witness box.

After 1904, Cave vanished from the public record. Privately, she married Colonel Ali Altaf (Altof) Khan on 1 December 1905 in a religious ceremony at the Savoy Hotel. Called to the bar at Lincoln’s Inn in 1903, he had been the highest-ranking officer of the Kapurthala State. He was a widower of 63. The pair then travelled to India, where he became advocate to the Chief Court of the Punjab, practised law, and occupied a huge estate in Lyallpur. By 1912 the marriage was over and they returned to England. Khan left for India alone in 1913 and on 16 June 1920 she was elected as Fellow of the Royal Microscopical Society, emigrating to Canada in November 1920 where she worked as a bacteriologist.

What does this history tell us? The legal profession’s refusal to allow women to practise ruined aspirations: Cave’s ambition to practise law was never realised. A simple narrative that Cave (and other women) were rejected because of simple misogyny is false. Gray’s Inn refused to admit Cave because she threatened the future of the bar. This is a history of fear of change and of competition.

Cave disputed men’s entitlement to the legal profession. This in turn threatened the rigid class system that controlled the whole of society. Women did not just threaten the status quo of the legal profession. They threatened the established order. Cave’s application and appeal furthered the women’s movement’s cause because she placed a spotlight on the legal profession, and in return Cave became an aspect of change for all women. This in turn inspired and created Morrison and Normanton, and the other women who would go on and become lawyers in the 1920s. Cave is an icon of resilience and bravery.