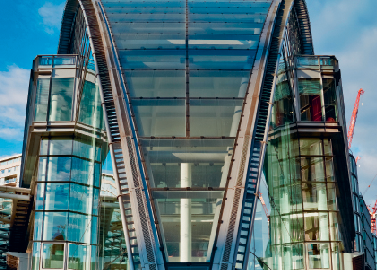 Legal IT is changing, with new offerings from tech giants and continuing consolidation among vendors

Law firms are raising more money than ever to invest in technology. This is driven by the recognition that effective IT systems are essential to gain and retain competitive advantage. Legal IT and mainstream software vendors are racing to seize the opportunities as legal service providers emerge from the recession into profitability.

As law firm operations evolve, CIOs and IT directors are looking at the mainstream IT used by corporate clients and commercial competitors. However, there is still a strong requirement for legal-specific software, partly due to compliance requirements and partly to lawyers’ actual and perceived need for specialist technology. In this final legal IT column of the year, we look at Microsoft’s return to the ‘legal vertical’ (law firms and legal service providers, including in-house legal departments) and how collaboration and integration is enabling specialist vendors to maintain their position in the lucrative legal IT market.

It seemed that Microsoft as a document management system (DMS) had lost momentum until August, when it announced that Matter Center, the Office 365-based SharePoint DMS solution developed by Microsoft Legal and Corporate Affairs for its corporate lawyers, would be made broadly available as an open source project (in other words, for free). As Tejas Mehta, group product manager for Matter Center, explains: ‘By offering Matter Center through an open source distribution, customers and partners can build and extend on the solution to meet specific needs.’

Walters outlines the main benefits: ‘First, it enables us to be device- and operating system-agnostic and roll out Windows 10 and Surface Pro without worrying about legacy applications. Another sweet spot is offline working. Matter Center synchronises with OneDrive for Business. This helps us mobilise our fee-earners, even in areas without connectivity. If you have connectivity you can connect to a virtual desktop or cloud applications, but where there is no connectivity you need offline working capability. This requirement is driven by our Asia practice, where lawyers based in Singapore travel all over the region.’

Walters is also looking at Office Delve which tracks all the documents that are being accessed across the business and presents that information in a management dashboard. ‘The idea is to get Delve to check people’s diaries and automatically email them the documents they’ll need for the day,’ he says. An important benefit is that these applications are available as part of the package – rather than an add-on to buy or build.

Another consideration is synergy with clients’ businesses. At the Vis-à-Vis Legal IT event, Sarah Spooner, head of legal at Vodafone, explained that Vodafone is a paper-free environment, so all collaboration needs to be online. It is also important for external counsel to be reachable – not on call 24/7 but able to respond promptly to urgent queries. This requires agile and mobile working. Matter Center will surely increase that synergy, as using the same DMS will facilitate collaboration between legal departments and their external counsel and reduce the need to invest in additional tools.

Ahead in the cloud

Matter Center is part of Microsoft’s strategy to move enterprises to Office 365 and leverage the legal sector’s gradual conversion to cloud computing. This is driven by business agility in terms of numbers of users and offices; mobile working from different devices; fast deployment of systems and applications; automatic updates requiring minimal downtime; and flexible subscription payments.

Jan DeCerce, IT and operations director at Lewis Silkin, gives another reason why law firms are converting to cloud computing: ‘If Lewis Silkin was a normal business with 350 users, it would need about 30 servers, but because it’s a law firm it has some 300 servers. This is because lawyers require specialist products, sometimes to support regulatory compliance and sometimes to support particular practice areas. Multiple servers and highly customised technology are costing law firms between 3% and 6% of their turnover.’

It follows that the main barrier to cloud adoption relates to legacy systems and software. ‘If we were starting a law firm now, we would go straight to the cloud with Office 365, but lawyers are accustomed to using specialist systems and applications,’ DeCerce says.

Richard Hodkinson, CTO at DWF, says that alternative business structures have taken advantage of exactly that opportunity, whereas law firms have millions of legacy documents buried in multiple systems.

Walters agrees: ‘If we looked at law firms from an enterprise architecture perspective, we’d say our core business is producing documents and emails and communicating with clients, so it would make sense to build a Microsoft platform front to back. If you then put it in the cloud without capital expenditure and the need to manage servers, it becomes a compelling proposition.’

Mehta identifies law firms’ reluctance to move to the cloud as the main challenge to Office 365 and therefore Matter Center adoption. In addition to the usual concerns about data protection and privacy, there is a sharp focus on IT security. The collapse of the Safe Harbor data transfer regime has made firms look at where their data is located, consider the implications of transferring data to different jurisdictions, and check the arrangements with third-party suppliers of hosted systems and storage.

Many firms’ hesitation around cloud computing relates to legacy and integration. Hodkinson highlights another concern – that swapping any core system is a massive undertaking: ‘Beyond the commercial aspects, we have to consider the heavy lifting that is required and the associated business risk. It is not about reticence; it takes time to move 20 million documents to a new system and train 2,000 people. So we tend to look first at the incumbent providers.’

Unlike in-house legal departments and ABSs that often rely on standardised software, law firms generally follow a ‘best of breed’ strategy – combining different products that integrate. So do law firms actually need legal-specific IT? The issue is that some of their specialist tools and systems reflect the nature of the industry.

David Fazakerley, CIO at McMillan Williams, observes that ABSs and in-house legal departments are in effect boutique practices, while a full-service law firm’s IT requirements will reflect its combination of practice areas.

Fazakerley raises practical issues around switching to a cloud-based DMS. McMillan Williams is implementing Thomson Reuters MatterSphere which is heavily integrated into Word and Outlook. ‘The fact that we need local control of Microsoft Office in order to configure it with MatterSphere precludes us from switching to Office 365, although a subscription model would benefit the business,’ he says. Another issue is performance. ‘Dragging and dropping emails and documents between systems creates a lot of network traffic. Given the systems can already run slowly on internal networks, my fear is that real-time data transfer over the internet would make it an unworkable interface.’

DeCerce is concerned about integrating cloud and on-premise systems and applications. While some standalone applications do not need to be integrated into the firm’s core systems, others do. ‘If you change one ingredient, you get a different cake,’ she says. Another legal IT trend is the move toward offering suites of tightly integrated products. Mehta underlines Matter Center’s integration with other Microsoft products; nearly all UK law firms use Microsoft Office and most use SharePoint.

‘Ideally, lawyers would like an ERP [enterprise resource planning] solution where they can put information into a system that is easy to engage with and requires no training, and their data is available via multiple devices,’ Hodkinson says. He has looked at mainstream vendors including salesforce.com, Appian and IBM Watson. Hodkinson is also considering Office 365, but that means ensuring that future tools and systems are Office 365-compatible. And, as Fazakerley observes, most law firms do not have the development capability to tailor mainstream systems to their requirements, so they stick with legal IT products.

Legal IT vendors have responded with systems and tools that interface with each other, Microsoft products and their legal content offerings. Thomson Reuters Elite 3E products include MatterSphere and ContractExpress. Thomson Reuters has brought together 3E with its corporate legal e-billing product Serengeti to leverage synergy between legal departments and law firms, and announced a collaboration with IBM Watson. LexisNexis has responded with its comprehensive PMS, LexisOne based on Microsoft Dynamics. Both legal IT giants have cloud versions as part of their roadmap.

There seems to be general agreement that cloud is the way to go, with DMS vendors including NetDocument and iManage offering cloud versions. Interestingly, NetDocuments recently announced an on-premise version of its cloud-based DMS.

Is Matter Center a threat to incumbent providers? The general view is potentially, but to some legal IT vendors it represents a business opportunity. Mehta explains: ‘We have been working with software partners in the legal sector to facilitate updates to their solutions to work with the new application development model for the Office platform. A number have already announced plans to offer Office 365-ready integrations.’ Software partners include Intapp, Litéra, NetDocuments and Workshare. There is also a growing list of integration partners, including Epona, whose products include a SharePoint DMS.

Legal IT is evolving, with new offerings from mainstream tech leaders Microsoft and IBM, and continuing consolidation among legal IT vendors. I saw a post on Twitter that someone could not switch their lights on in their connected house because the app was updating. They sat in darkness, literally powerless until it was finished. There is a parallel to be drawn for legal IT. One must strike a balance between innovation and continuity.