I’m a solicitor but I have decided that I want to move out of law, what could be my next step?

’I’m a solicitor (five years PQE) but I have decided that I want to move out of law. I have always worked in industrial disease PI, first as a claimant and currently as a defendant but over the past number of years I have become increasingly disillusioned and frustrated with the job. This is mostly due to pressure to meet unrealistic targets, from increasingly demanding clients and the grind of administration tasks such as filing, billing forecasts, invoice and billing queries etc.

The problem is that I don’t know what I want to do and also my options are constrained in that I have a young family and I am still paying off my undergraduate and postgraduate student loans.

In terms of my current job I enjoy analysing documents, undertaking research and drafting advices.

I would be grateful if you could provide me with some advice and/or point me in right direction as I’m at a bit of a loss.’

You’ve described a situation that many solicitors can find themselves in - that they feel they may have specialised too much, aren’t liking it and that they have to pull themselves out of the law to move on. You say you have decided to move out of law but why?  These days a legal career can mean so many different things, but all linking back to common base knowledge and an ethical code.  Why close down options that might be the best fit? 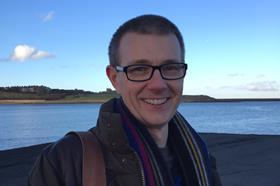 I suggest you concentrate on your skill set, as you’ve already begun to think through. Your enjoyment of analysis, research and drafting will be transferable to many other legal roles beyond personal injury work. Put a CV together that puts emphasis on the skills you have, rather than the work you have been doing.

What kind of role is there for you? If you’ve spent five years plus training in private practice then you might not appreciate the wide range of opportunities now out there for people with legal skills. Some of the problems with your current role suggest an in-house move might be of interest, but bear in mind that the internal clients can be just as demanding!

I run an in-house team in which some of the lawyer roles don’t have a law firm equivalent - I’ve looked at the skills of the applicants and their capacity to learn on the job, and diversity makes for team with different perspectives on the problems we face. A new legal role may involve what you perceive to be a step back - yes, you’ll need to learn new things to move into a brand new area, but people in non-legal careers are doing that all the time.

The Gazette endeavours to feature as many of your questions as possible but regrets that our careers counsellors are unable to reply personally.

Do you agree with our counsellors? Have your say below.