A rule that remains an enigma

Many thought this would be the ruling they had been waiting for since 1 April 2013, when Lord Justice Jackson’s enigmatic new proportionality rule came into being. At the time, lawyers had hoped for a practice direction clarifying how the rule would operate, but Jackson rejected the notion. He argued that ‘one size does not fit all’ and the judge ‘should not be constrained by a practice direction to approach his task in a particular way’.

But Jackson did envisage the higher courts playing a role in the operation of the new proportionality rule. He said that when it came to ‘testing the boundaries’ of the rule, ‘a few robust Court of Appeal decisions are needed to deal with the points raised’. I always imagined he would be one of the chosen three to be delivering judgment; perhaps he did too.

And so the wait began for an appropriate case for the lords justices of appeal to sink their teeth into. But there was no case. Litigators and their clients floundered on, with no real clue whether, if they ultimately won their case, the costs they were incurring would be recoverable or thrown out. Suspicious claimant representatives began to speculate that as defendants potentially benefited from the uncertainty, they were reluctant to allow the issue to get as far as the Court of Appeal. 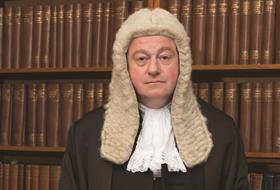 Right approach to the new rule?

Then, on the distant horizon, a shape began to form: Harrison v University Hospitals Coventry & Warwickshire Hospital NHS Trust [2017] EWCA Civ 792. This was really about the extent to which costs judges at detailed assessment should be bound by approved or agreed budgets. But could it also be the vessel through which the Court of Appeal would finally impart some knowledge on the proportionality test? Sadly, that ship stuck steadfastly to its course, resisting any temptation to veer into the murky waters of proportionality.

Finally, in 2016, came a case in the Senior Courts Costs Office: BNM v MGN. The senior costs judge Master Gordon-Saker was presented with a costs dispute in a reasonably complex privacy matter. The paying party had been presented with a costs bill of £241,817 for a claim in which the monetary damages were only £20,000.

The experienced judge analysed the costs and concluded that those that could be considered ‘reasonable’ amounted to £167,389.45. But then, as the onlooking claimant community nervously chewed their fingernails, he stood back and looked at the costs again. Taking out his gleaming new proportionality axe, he chopped the costs roughly in half to reflect the amount he considered ‘proportionate’ under the new rule.

Claimant eyes widened in horror at the seemingly arbitrary, unpredictable way that these costs, which had been judged perfectly ‘reasonable’, had been disallowed. Was this really the right approach? The case was surely ripe for some pointers from the appeal judges, and indeed it was leapfrogged to the Court of Appeal.

So expectation began to build that the proportionality question could finally be answered. But last Tuesday, when judgment was finally handed down, claimant shoulders collapsed in a despondent heap. The appeal court had stuck strictly to the issue under appeal – namely whether the new or old proportionality test should be applied to the success fee and after-the-event insurance premium in a pre-commencement funding arrangement. It concluded that the senior costs judge had been wrong to apply the new test to these additional liabilities; he should have used the old test instead. It duly sent the case back down for him to consider the proportionality of these costs again, using the old rule.

So, having decided that the old test applied, the appeal judges did not need to waste time looking at how the new test should operate. No comment was passed – obiter dictum though it would have been – on whether Master Gordon-Saker had taken the right approach to the new rule, had it applied. Was the 50% reduction right? How should a judge arrive at the final deduction? What kind of figures are proportionate, in what types of case? How can parties predict where the axe is likely to fall?

BNM was a missed opportunity to answer these questions. It feels as though the judiciary’s approach has shifted: from what initially seemed like an eagerness to lay down the law in relation to the new rule, to a cautious determination to sidestep it wherever possible.

The court will, it appears, have a second bite of the cherry soon. Three conjoined appeals offer another opportunity to rule on proportionality. In the meantime, the uncertainty continues for lawyers and clients. What proportionality means to each individual judge, in each different court on any given day, is something that can only be guessed at.

Let us hope the appeal court does not miss this next chance to say something useful.