Much is expected from the largest and most ambitious public inquiry ever established.

The independent inquiry into child sexual abuse seems to have got off to a good start. Lowell Goddard, who served as a high court judge in New Zealand for 20 years before being appointed to chair the inquiry in April, has not been wasting her time.

The government’s most important decision was to start the new statutory inquiry afresh – avoiding some of the pitfalls that beset the non-statutory panel headed first by Baroness Butler-Sloss and then Dame Fiona Woolf. Goddard (pictured below) is sitting with just four experts, three of them lawyers.

The panel no longer includes victims, although one member spent his childhood in care: Ivor Frank is a barrister who now has four decades of experience in child protection, human rights and family law.

The other three members are Professor Malcolm Evans, an international lawyer specialising in freedom of religion and prevention of torture; Drusilla Sharpling, a former chief Crown prosecutor who subsequently inspected policing responses to child abuse; and Professor Alexis Jay, a former director of social services who led the inquiry into child sexual exploitation in Rotherham. Ben Emmerson QC remains counsel to the inquiry and the highly experienced Martin Smith, a partner at Fieldfisher, is the inquiry’s solicitor.

Goddard was right to say that victims should be at the centre of the inquiry. But the officials who decided that victims should be members of the earlier inquiry team were misguided in thinking that people with a direct interest in child abuse could be judges in their own cause. Instead, victims and survivors have been appointed to a new consultative panel, which will offer Goddard and her colleagues advice and guidance. There is a separate victims’ and survivors’ liaison group.

The inquiry – to be known as IICSA – now has a helpline and a well-designed website.

Public inquiry hearings tend to follow a familiar pattern. A witness takes the oath and answers questions from counsel to the inquiry. The witness may then be cross-examined by counsel for the interested parties. Listening to the witness’s answers are not only the panel members but also huge teams of lawyers, some so far away that they cannot even see the witness’s expression. Evidence is transcribed and may be televised. 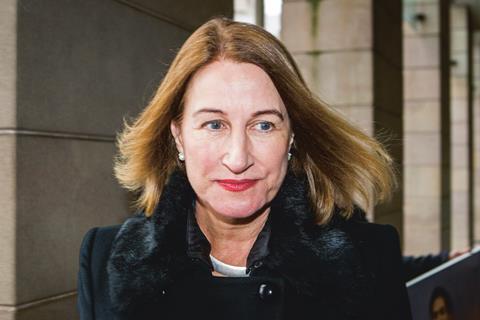 The process is seen as a good way of getting at the truth and satisfies a legitimate public concern by holding people to account. But it is also slow, expensive and not well suited to the questioning of vulnerable or traumatised victims. So Goddard has decided that the traditional public hearing will form only one part of the inquiry’s work. It will select case studies from a range of public bodies that appear to illustrate a wider pattern of institutional failings.

Evidence will be taken both from the institutions under investigation and from victims and survivors of sexual abuse. Each hearing will last for around six weeks and the inquiry expects to hold up to 30 separate hearings, starting next year.

In addition, though, the inquiry has set up two other methods of gathering information. One is a straightforward research project, led by an academic advisory board. The other is a truth project, which – though based on a similar project in Australia – sounds a bit like the truth and reconciliation commission set up in 1996 to bear witness to the crimes of apartheid in South Africa and ease the country’s passage to democracy.

This project will allow victims and survivors of child sexual abuse to share their experiences, in private, with a member of the inquiry team. Crucially, these accounts will not be tested, challenged or contradicted. Everyone taking part will be given the opportunity to leave an anonymised message that will be published alongside the inquiry’s reports.

These sessions, which start in October, will no doubt be cathartic for those taking part. Perhaps for the first time, someone in authority will listen to what they have to say without casting doubt on their truthfulness or powers of recall. Lawyers, of course, may doubt the value of untested evidence. But, provided everyone understands its limitations, this testimony should have a valuable part to play in the inquiry’s eventual conclusions.

And when will those appear? Goddard is well aware that Lord Saville spent five years longer than he had intended merely writing his report on Bloody Sunday. She knows that Sir John Chilcot’s insistence on giving individuals the opportunity to respond to provisional criticism in the Iraq inquiry’s draft report has delayed its publication indefinitely and ‘disappointed’ the prime minister.

So she has promised annual updates and hopes that the largest and most ambitious public inquiry ever established in England and Wales will be completed in five years’ time. That is a realistic target, and one she should keep to. The best must not be the enemy of the good.