An oven-ready specimen of judicial over-reach?

At a moment of global crisis, a divisive and newly appointed prime minister picks one of his old cronies to tackle a national equipment shortage. The new broom knows nothing about the industry he has been appointed to reform, but by ignoring bureaucracy, restrictive practices and the words 'can't be done', he saves the day.

It is, of course, May 1940 and the crony is press baron Lord Beaverbrook, appointed minister of aircraft production by Churchill just in time to ramp up the output of Hurricanes and Spitfires by enough to win the Battle of Britain.

Meanwhile across the Atlantic, Franklin D. Roosevelt, leading a nation still at peace, appoints a General Motors executive, Bill Knudsen, to take charge of industrial production. Against all precedent, Knudsen is appointed directly to the rank of lieutenant general and paid a salary of $1 a year. Entire filing cabinets of antitrust regulations and new-deal legislation go out of the window as peacetime industry is bullied into becoming the arsenal of the world. The Liberty ships roll off production lines faster than U-boats can sink them, and the war is won.

Historical analogies are never exact and frequently facile - especially when they wallow in wartime. But I make no apology for dragging this one up. Because it is surely the prism through which Boris Johnson will see the drastic purchasing decisions taken from this time last year, when the reality of the Covid crisis belatedly hit home. Sure, there were fiascoes and suspicions of outright fraud - there were in 1940, too - but you can be sure that Johnson will make the most of 'can-do' triumphing over pettifogging bureaucracy.

Now, if the prime minister wants to portray himself as a cross between Churchill and FDR, perhaps with former vaccines procurement supremo Kate Bingham as Lord Beaverbrook, he will need someone to play the villain. Last Friday, the courts handed him one: Mr Justice Chamberlain's ruling in Good Law Project v Secretary of State for Health and Social Care. 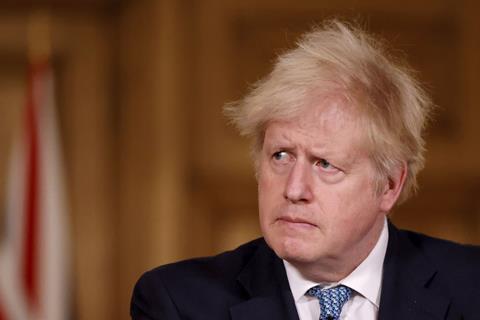 If the prime minister is looking for excuses to curb public law activity, he has been handed one on a plate

Despite some over-excited headlines and social media postings, the ruling found no smoking gun of a corruption scandal. Rather, the Administrative Court found that the Department of Health had failed last year to comply with government transparency guidance and procurement policy by failing to publish a series of contract award notices within 30 days. The court found no evidence of a conscious decision to de-prioritise transparency obligations but, while the secretary of state provided a 'cogent explanation' of its historic failure to comply in time, this amounted to 'an excuse, not a justification'. However no mandatory order was appropriate, because the government is already moving to complete compliance. 'The evidence does not suggest a continuing default.'

Jolyon Maugham QC, who brought the case, says that these procedural  failings matter because they erode public trust that taxpayers' money is being spent wisely, and that it will not just be handed to the well-connected. The judge agreed, noting that in 2020 the government spent vast quantities of public money on pandemic related procurements. 'The public were entitled to see who this money was going to, what it was being spent on and how the relevant contracts were awarded.'

Three cheers for that. But the case also required the judge to venture in to broader areas of public law. A crucial one was the standing of the parties to bring the case. The judge allowed the Good Law Project to bring the case because of the 'powerful public interest in the resolution'. Three other claimants - opposition MPs - received shorter shrift. The judge ruled that the three did not have standing, adding: 'No doubt the addition of politicians as clamants may raise the profile of the litigation... [but] these are not proper reasons for adding parties. Furthermore, 'the addition of politicians as claimants may leave the public with the impression that the proceedings are an attempt to advance a political cause'.

Now, the use of proceedings to advance political causes will be very much in ministers' minds when they respond to Lord Faulks' independent review of administrative law in the next few weeks. If Boris Johnson is looking for an example of pettifogging legal activism at the height of a national emergency, the court has handed him one, not just oven-ready but on a plate. The lord chancellor may already have had a prime ministerial missive to the effect of: 'I thought you were going to sort out this kind of nonsense?'  Only I suspect he will use a stronger word than 'nonsense'. Possibly with a Churchillian hand gesture, too.