Building a court for war crimes

The professional support services section of the International Criminal Tribunal for the former Yugoslavia carries out tasks that range from the exceptional to the everyday.

As the first international war crimes tribunal since Nuremberg and Tokyo, there was no precedent for a modern war-crimes court like the The International Criminal Tribunal for the former Yugoslavia (ICTY). Just as the tribunal’s judges and trial teams have had to navigate their way through the unfolding landscape of international justice, those responsible for moulding the physical tribunal and its services have been innovators in their own right.

The General Services Section (GSS) of the ICTY provides professional support services to all at the ICTY and is the invisible mechanism supporting and facilitating the administration of justice.

The GSS carries out tasks that range from the exceptional to the everyday, all part and parcel of looking after staff at the ICTY, who numbered over 1,300 at the peak of the tribunal’s activity. They book the flights that bring the tribunal’s witnesses to The Hague. They build archive vaults that protect the tribunal’s precious evidence from the risk of flooding or fire. They oversee the printing and binding of judgments, under strict conditions of confidentiality, early on the morning of the hearing.

They negotiate with staff who are approaching deadlines and who turn their offices into a home away from home or whose piles of binders are creating a dust mountain. They are the tribunal’s postman and cleaner and ensure the tribunal’s busy lawyers can sit down to a hot meal at lunchtime. Finally, they staff the facilities helpdesk to assist staff with all manner of problems, even going so far as to ensure than an air-pressure nozzle is available to pump the tyres of the small army of bicycles you see parked outside the tribunal every day.

Alongside these everyday tasks, the GSS must tackle the major projects, the biggest of which came at the outset of the tribunal’s work back in 1993. The new team was tasked with creating a fit-for-purpose home for the ICTY out of a sprawling former insurance company building in The Hague. Creating three modern courtrooms from scratch was a challenge – in particular the one built in a former vault with 50cm-thick walls. 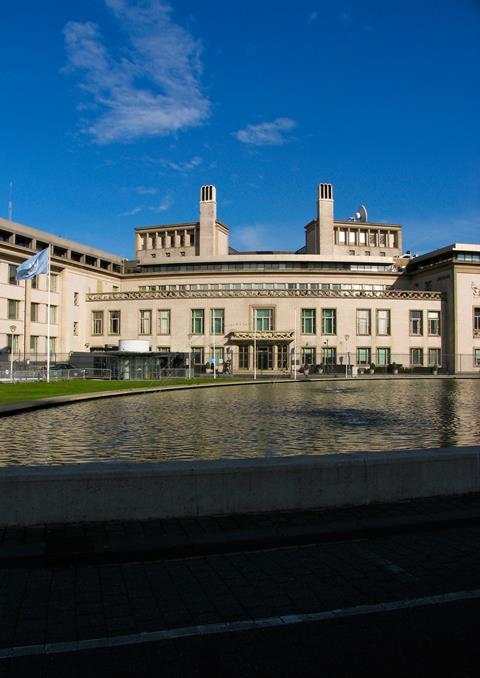 The new courtrooms needed to accommodate the accused and their defence teams, a raft of translation booths, facilities to enable the recording and broadcasting of the trials and sufficient space around the witness stand to minimise proximity to the accused.

The GSS had no model to follow and so would hold role-play sessions in the half-built courtrooms for the judges, the prosecutors and the staff of the Victims’ and Witnesses Section to offer views on the courtroom design. This collaborative approach worked well and the ICTY courtrooms have since been used as a model for several other international courts in The Hague and beyond.

Over the years, the GSS have become experts in problem-solving. The advent of trials of multiple accused, the largest of which, Popović et al, comprised seven defendants, created a particular set of challenges, not least fitting everyone into the courtroom.

With the courtroom closed for only a week to make the required changes, GSS brought in the judges, lawyers and camera operators amongst the timber cutters and planks of wood, to hash out an agreement on design.

Creative solutions were found such as converting the circular vault of the old insurance company, deep in the bowels of the building, into extra holding cells. Working under similar time pressure, over the course of a single weekend, the GSS were asked to create a secure bedroom within the ICTY building.

Staff were sent to buy bed linen and furniture which they duly bolted down and made safe. The team later found out that this was for the use of Slobodan Milošević who was sometimes transported to the tribunal at night to avoid unwanted media attention.

As the tribunal nears the end of its mandate, the GSS’s work is evolving and, paradoxically, increasing as offices are closed and workspaces converted to serve legacy functions. A current major project is the decommissioning of Courtroom II with those rather thick walls, and its conversion into an archive vault. As has always been the case, this work is often unseen, and no doubt taken for granted by both staff and the public.

However, as the tribunal prepares to close its doors, many of the GSS’s innovations in the creation and running of a modern international tribunal will take their place as part of the tribunal’s legacy and contribution to the development of international justice.

Kate Mackintosh is deputy registrar at the ICTY

Co-author Joanna Ellis Adwan is press officer at the ICTY