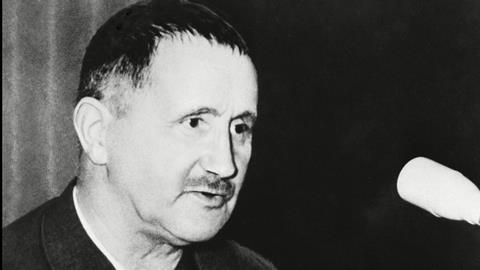 In the same week this month, the Legal Services Board and Solicitors Regulation Authority published documents dealing with the delivery of legal services, both of them on the topic of non-lawyer-owned firms (albeit from different perspectives). The two bodies should focus instead on some of the other vital regulatory issues that face lawyers. When measuring solicitor regulation against the public interest, there are issues beyond ownership that call out for reflection.

The LSB published research into alternative business structures and investment in legal services. It concluded sadly that ‘lawyers are reluctant to cede control of their businesses, preferring instead to rely on profits and reserves, or bank lending’. The disappointment was palpable: the government steer of the LSB towards non-lawyer-owned firms and external investment was just not proving as wildly popular as predicted.

I was reminded of the Bertolt Brecht poem The Solution, after the 1953 uprising in East Germany, when he asked at the end: ‘Would it not be easier/In that case for the government/To dissolve the people/And elect another?’ Instead of the secretary of the Writers’ Union distributing leaflets in the Stalinallee stating that the people had forfeited the confidence of the government, and would be able to win it back only by redoubled efforts, the LSB has issued research to the same effect. It might be easier for the LSB to replace the legal profession with one more obedient to it.

The SRA is going in the same direction by also trying to pander to government policy, this time the recommendations of the Competition and Markets Authority. In its recent response to the consultation ‘Looking to the Future’, the regulator proposed to remove the restrictions on solicitors providing non-reserved legal services to the public from unauthorised businesses. It intends to consult on the more detailed rules over the autumn as part of another consultation.

If solicitors do not, in consequence, stampede towards working in unregulated businesses, what is the betting that the SRA follows the LSB by issuing a mournful response on how solicitors have forfeited the SRA’s confidence?

This is the more dismaying because there are real regulatory issues which these two bodies do not seem to notice. They should stop the obsession with ownership, driven by an ideology as old hat as that of East Germany (if, of course, tending in the opposite direction). After the last general election and the terrible fire in Grenfell Tower, loosening regulation in the interests of competition is no longer top of anyone’s agenda.

For instance, would it not be more interesting – more cutting-edge, if the LSB and SRA prefer – if serious attention were devoted to the measurement of other core areas of lawyer regulation which, some argue, tend against the public interest. I can think of two examples which would benefit from a bit of regulatory leadership.

First, there should be a consultation on all the instances where governments – including our own – thrill in breaching the borders of confidentiality and legal professional privilege on the grounds that the public interest demands it. Here is a preliminary list: anti-money-laundering legislation (of course); tax avoidance legislation after that; and finally the general complaint that lawyers hide behind professional secrecy, thereby enabling a range of financial and other crimes.

The danger is that the list is growing. If we do not take some action now, the government may make further inroads and settle the final border in a place we do not like. We must find a solution to stop an unending war. The answer might range from doing nothing (which would be disappointing, because it will do nothing to stop the war), to the other extreme of requiring a judge to decide any case where it is alleged that confidentiality acts against the public interest.

The second example is where the public interest might interfere with legal advice that a lawyer gives to a client. The prime example is in business and human rights, where the protagonists of stricter compliance aim at a goal where lawyers try to dissuade their clients from certain actions. Of course, it is in the public interest that clients support human rights. But what action should lawyers take in respect of a client’s compliance with human rights when the law does not require such compliance?

There are many examples on the fringes of this, in which governments might be tempted to interfere. For instance, should a lawyer dissuade a client from taking action which will clearly and negatively impact climate change, even if lawful?

My plea to our regulators is to put ownership questions aside and look at more pressing matters.