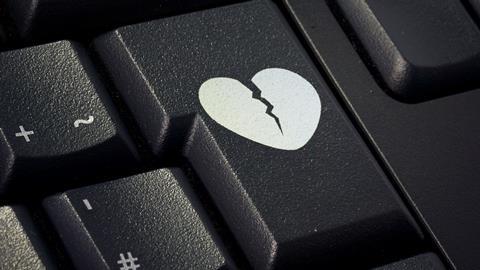 Consumers promised cheap law are being failed by our system

It’s not hard to see why separating partners would seek out an online provider like iDivorces. The website promises advice that is ‘completely free’ and the initial google search proclaims that these are ‘cheap divorce law solicitors’ (iDivorces is not, it should be noted, a solicitor firm).

The appeal of these sites is they are cheap and promise to get the job done quickly. You can buy a DIY kit for £99 and iDivorces claims to be able to have a local representative with customers in two hours to get a divorce petition signed and lodge it with the court.

Whether this petition will actually be accepted by the court has not always been guaranteed. We found out this week that the High Court had rejected 28 petitions on the grounds that behaviours detailed in each were identical. The company, which apologised and pledged to change its procedures, used standard wording on each petition and sent it to each client asking if there was anything wrong. None had amended the document, presumably unwilling to do anything that would slow the process.

The actions of iDivorces are concerning but not, apparently, worthy of prosecution – although Mr Justice Moor warned this would change in the event of any repeat.

One imagines the clients affected are thoroughly bewildered and fed up with the whole situation. They wanted a quick and easy process and ended up having to jump through hoops a second time. You can hardly blame them for wanting this traumatic experience over as soon as possible, but they have been let down – not just by their online provider but by a legal services framework which does nothing to protect them and very little to set out the risks they take by signing up with an unregulated provider.

It is more than a year since Professor Stephen Mayson recommended a register of legal services providers which would include those who are unregulated. He pointed out that less than 10% of all work done for those who receive legal help falls under the scope of regulation, leaving 90% navigating the system effectively blindfolded.

One solution is to simply extend mandatory regulation to areas like will writing and divorce, though there appears little appetite from legislators to do this. Regulation means insurance, redress and minimum standards – and once those are factored in, many are simply priced out.

But that shouldn’t mean we just leave consumers to it. Mayson was right to recommend a register that would at least give them a shot of protection from unregulated operators. If providers are found to have acted illegally, for example, they would be removed from the register.

Frontline regulators, too, can do more. It should be shouted from the rooftops that regulated firms are more expensive for a reason, and consumers should factor that in when they instruct on life-changing legal issues. The average person on the street would barely know they difference between a will writing company and a law firm that offers wills. You can’t blame them for that, but you can certainly blame those who are supposed to be educating them.

The market, ultimately, needs companies promising quick and cheap resolution. But equally, consumers need to know what they are getting into when they instruct those providers. For those 28 individuals starting their divorce petition again, it was a lesson learned the hard way.