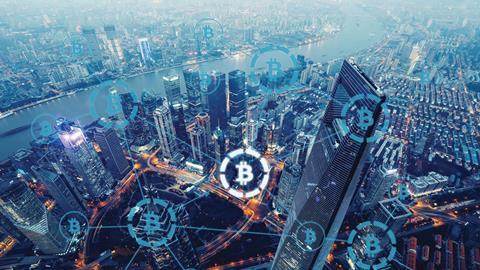 To acclaim from the City and its legal and technology sectors, the LawTech Delivery Panel yesterday produced its first substantive output, a statement by an eight-strong expert taskforce of the position of cryptoassets and smart contracts in English law.

The headline finding - that existing English common law can treat crypto assets as property and smart contracts as valid - has been rightly hailed as a confidence-booster. It is also very well timed, given the wobbles around cryptocurrencies (one type of cryptoasset), not to mention the economy as a whole. And there was no disguising the smugness about the conclusion that common law, with its ability for judges to apply by analogy existing principles to completely new concepts, is better placed than civil law to get to grips with rapid innovations.

But no one is pretending that the 46-page statement closes off all legal questions. Far from it. In several areas the statement merely lays the groundwork for future controversies. As taskforce chair Sir Geoffrey Vos states in the foreword, there is no doubt that some of the matters covered in the statement will be the subject of judicial decision.

While finding some known knowns, the statement identifies several known unknowns, and stays off much potentially contentious territory entirely.

Smart contracts, defined merely as those with some measure of 'automacity', get a fairly clear run. The statement finds that, so long as smart contracts meet the common law requirements for any contract, they are good: 'Just because a contract is a smart contract does not mean the normal and well-established rules do not apply.'

The question of whether cryptoassets are property turns out to be more equivocal. The taskforce makes another broad definition, that cryptoassets have at least some of five characteristics, which include cryptographic authentication and a distributed transaction ledger. This necessarily reduces the certainty of the legal statement, which carries the caveat: 'Whether English law would treat a particular cryptoasset as property ultimately depends on the nature of the asset, the rules of the system in which it exists, and the purpose for which the question is asked.' A pretty big 'it depends'.

To the question of whether a distributed ledger can be relied on for the purposes of evidencing, constituting and transferring title to assets - a fast-emerging application of blockchain technology - again the answer is no. A distributed ledger cannot be treated as a definitive record of legal rights unless statute has given it binding legal effect (as is the case with the Land Register).

These among other points will be scrutinised by the Law Commission, which the delivery panel has asked to consider rapidly whether any legislation is necessary.

There are plenty of other possible topics for scrutiny. To produce a brief statement on cryptoassets and smart contracts, the taskforce had to leave out many potentially contentious areas. Among those deemed out of scope are matters of taxation, criminal law, partnership law, data protection, intellectual property, consumer protection, settlement finality, regulatory capital, money laundering and terrorist financing. This is a formidable list. One item alone, data protection, is already generating heat. Sooner or later governments that proudly adopt the European GDPR model with its 'rights to be forgotten' will need to deal with the fundamental clash with unerasable encrypted distributed ledgers.

And if the known unknowns are tricky, wait til the unknown ones start to appear. The taskforce has made a good start by tackling the elephant one bite at a time; cool heads will be needed to keep this up.