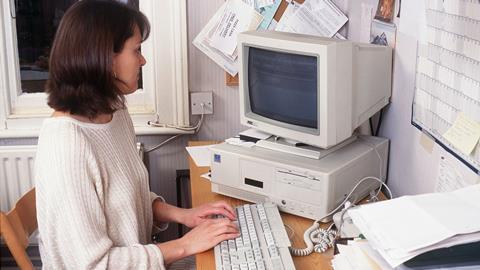 When digital images of cartoon apes change hands for hundreds of thousands of dollars, anyone with basic knowledge of history and economics is entitled to cry 'Batten down for the crash'. Certainly, the current boom in so-called non-fungible tokens (NFTs) - unique, non-divisible blockchain-secured digital tokens - bears comparison with 17th century tulipmania or the 18th century South Sea Company bubble.

But there is another way of looking at the sustainability of the current boom in products and services based on the technology of digital encryption. (Essentially, the possibilities opened up by the one-way nature of sums involving very large prime numbers: it's easy to multiply astronomical-scale numbers, but very, very hard to factor the product.)

A seminar attended by the master of the rolls and the president of the Law Society heard yesterday that we are not in 1711 or 1637, but rather in 1996.

Anyone who was playing with the web in 1996 will remember a very different creature to what we have now. I spent part of that year setting up a daily web news service, crying with frustration at a clunky database program and the way that the entire dial-up internet ground to a halt when the East Coast of the United States woke up every afternoon. It was a world of Usenet text bulletin boards, closed proprietary communities with impenetrable email addresses (mine included 10007,177 and 83:nsm003) and static monochrome websites, with prominent 'site maps' to help visitors find their way around.

It was also a time of dramatic innovation, Tom Grogan, chief executive of London firm Mishcon de Reya's digital transformation arm, MDRxTECH, told the event to launch the new edition of Blockchain: Legal & Regulatory Guidance. As with the crypto scene today, the worldwide web of a quarter of century ago was anarchic, chaotic and spanned regions where cyberpunks fantasised about cutting adrift from authority and defying commercial reality.

This 'back alley' was where the innovation happened, Grogan said. 'It was where people broke things.' And the internet as a whole was able to benefit from this innovation when it grew up and went mainstream with guardrails around it.

With crypto, especially with products such as NFTs, we are still playing in the back alley - amid the dreamers, fantasists and outright rogues. But as real user-cases emerge for blockchain-based products the sector will go mainstream, just as the web did. Hence the real need for legal and regulatory guidance. The guidance, drawn up by an expert group convened by Tech London Advocates, identifies growth in NFTs and other digital collectibles as one of the big trends of 2022. It notes that the UK 'has an opportunity to develop an effective and proportionate regulatory regime for cryptoassets'.

The Law Commission expects to publish a consultation paper on NFTs and crypto tokens in summer this year. Unlike its previous report on the crypto area, which found that by and large the laws of England and Wales could already accommodate 'smart contracts', this project is likely to propose some fundamental changes. One intriguing possibility raised by law commissioner Professor Sarah Green at the seminar was the need for a new category of legal 'thing', alongside 'choses in action' and 'choses in possession' to cater for the special qualities of digital assets.

The problem, of course, that such reform would take years. But, as Sir Geoffrey Vos reminded the seminar, what is needed now is action to close the 'knowledge gap', to persuade his colleagues in the judiciary that crypto is not just a back alley and needs to be taken seriously. If we're in 1996, 'What needs to be done to move somewhere more like 2006?'

The answer will of course include regulation. But more important will be use-cases, of everyday products and services that are based distributed ledger and other crypto technologies without the user even being aware of the fact. In 1996 the economies that ended up making the most of the web weren't stifling innovation with regulation. Let's not make that mistake now.