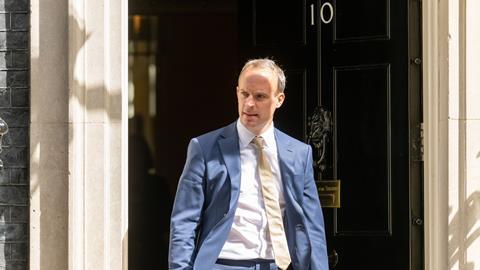 We got the press release on the ‘Bill of Rights’ bill many hours before the actual bill was published. Yet on the day the bill led the news headlines from 6am.

Of course I wanted the Gazette to be quick in publishing experts’ assessment of the bill, and was firing off emails asking for input while justice secretary Dominic Raab was interviewed by the Today Programme for its coveted 8.10am slot.

The senior public law experts I contacted objected that they wanted to actually read the bill and consider it rather than respond to the press release. At 3.40pm the bill itself was published, and I emailed them again. It is 44 pages, one pointed out, and its 17th Century namesake was only six. Fine, I sighed, I’ll wait.

I expected some scepticism about the bill in the feedback. But the considered assessment, which is now in, is outright damning. It is, in one striking phrase, ‘a powerpoint of key messages… mashed together in a piece of legislation’.

Why so? Well, instead of elaborating a series of new rights - for example social, economic or cultural rights - or codifying those rights which we have in common law (by setting them out in a comprehensive fashion), Raab’s bill ‘is like the conveyor belt on the Generation Game; it produces a series of statements which are designed to make one “ooh” or “aah”. But there is, unfortunately, no cuddly toy’.

The result is confusion.

Under the proposed legislation the European Convention on Human Rights is still to be enshrined in domestic law, but the bill seeks to limit the expansion of the protection of rights under it (see Clause 3).

The result, I am told, is ‘a tortuous set of provisions to try and get around the position of those positive obligations which already exist’.

Another clause seeks to direct the judiciary as to how they balance different policy aims, different Convention rights or rights of those persons, ‘largely stating that if Parliament has passed the legislation then don’t mess with it’.

The bill seeks to impose a series of directions to judges as to how to award damages. It seeks to impose a permission stage on any cases brought under the Human Rights Act (HRA). And, potentially slipped in at the last minute, it says that Article 39 of the ECHR - which provides for interim measures in cases where applications have been brought to it - do not have to be taken account of.

The ramifications of not complying with a decision of the court under international law is not considered to be an insuperable difficulty, at least on the government’s reading of its bill.

The bill says that there is a right to trial by jury, except where there isn’t. This is despite the fact, I am told, that ‘no one has ever suggested that the ECHR suggests that a jury trial is not compatible with Article 6’.

It also has a clause saying that freedom of speech is very, very important – ‘which again has not ever been something articulated as not important by the ECHR’. So important is it that an injunction cannot usually be made limiting someone’s freedom of speech unless they are present in court or there are ‘exceptional and compelling reasons’ to make the decision without notice.

Alongside the directions to the judiciary on general issues, the bill limits any judicial discretion as to how to act when dealing with appeals against deportation orders.

The simple version, set out for my non-expert benefit, runs so: ‘Like Peggy Mitchell, it is her gaffe, and her rules - so appealing to Grant and Phil isn’t likely to get you very far.’

The bill also prevents any case being brought where it involves matters outside the UK, or inside the UK, for the purposes of overseas military operations. It seeks to limit the rights of those in prison to bring claims about their rights in prison (other than the prohibition on torture, slavery and the right to life).

It is also not very keen on granting positive obligations to those involved in criminal activity. Which seems difficult to square with the fundamental principle that everyone has rights, and responsibilities.

Now that is has been published, read and considered, it is clear the Bill of Rights faithfully replicates what those in government have been saying about the HRA over the past ten to fifteen years – that the HRA gives too many rights to individuals and not sufficient weight to the will of the executive.

The overall verdict? ‘This is not a British Bill of Rights,’ I am told. ‘It is a reform of the HRA 1998 to dilute the rights of the individual - or rather some individuals - against executive decision making.’