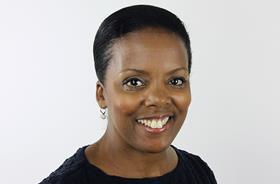 International Women's Day 2019 fell in the year we are marking one hundred years since women were allowed to qualify as solicitors.

To celebrate this, I have been involved in a number of round table events which were run by the Law Society in an initiative championed by Christina Blacklaws. Women met to talk about their experience of being a woman in the legal profession and asked a number of questions, but the one that interested me the most was, 'have we progressed and have things changed?'.

I met incredible women who I could have listened to for hours. I also, unfortunately, came across women who were just starting out in the profession and had already gone through experiences that made me sad and angry.

I heard of many BAME women being called by their colleague's name, because the firm - apparently - couldn't tell them apart! I heard of women not being recognised for work they contributed to because 'they thought it was the other Chinese woman who did it'.

Worse still, the firms they worked for were well-known and I think that was the part that saddened me the most – that these stories are everywhere and can be found in firms of all sizes.

They asked the more experienced women what they should do in such situations. Some advised the women to 'call the person out'. Others felt it was part of what happens and said they should do nothing – just get through the training contract.

Respondents spoke of having a ‘work face' and not being able to be their true selves at work.

These stories were mixed in with other – sadly – typical stories of bias such as, 'I've just got back from maternity leave and feel that my career won't progress, because I've been looked over for promotion'. 'I feel guilty if I have to leave work early to go and do the school run, but when my male colleague does the same he is applauded for being a hands-on dad!'

Despite these stories, there were many fantastic and amazing tales too, and gender equality in the law has most definitely progressed over the years. I heard many women talk about the fact that firms had been operating unconscious bias training for all levels of fee earners, including partners, and this had a noticeable impact on how women were treated in the work place. There were specific programs introduced to encourage new mothers return to work and career paths for those- typically women- who had taken career breaks.

I am incredibly fortunate to work for a firm that has at its helm an inspiring woman as our managing partner, as well as a mostly female partnership. We are listed in this year's the Sunday Times best companies to work for, ranked at 16th in the country.

I was the first BAME partner, but since then we have a lot more. This is how we have grown organically and it has always been based on merit. I appreciate we are a minority in the profession but I believe that over time, more and more women will hold senior roles.

Why? Because multitudes of evidence that having a more balanced workforce leads to greater productivity. Law firms recognise that they are required to mirror their client base and, as we operate in such a global environment, questions are raised in legal tenders as companies want to know the makeup of your work force, what policies you have on diversity and if you are an inclusive employer. If you are not able to answer these questions positively then you are likely to lose out.

I tried to find out who was the first BAME woman to go on the roll as a solicitor and I still don't know! I describe myself as having three 'strikes' against me to deal with. Firstly, I am black, a woman and from a working class background. All of which I embrace and am so proud of because this is how I was made.

My message to those reading this is: always be proud of who you are and what you have achieved. As Oscar Wilde said, 'Be yourself; everyone else is taken'.