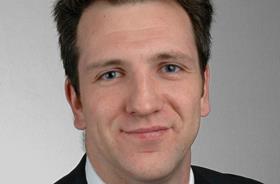 Reviewing the first 100 days of an administration is an American pastime, typically used as a yardstick against which to measure the initial impact of a new presidency. The practice started in Franklin D Roosevelt’s first term in office, when the President himself used the marker to showcase the progress he had made in developing The New Deal. Since then, ‘The First 100 Days’ has become symbolically significant. Whilst largely arbitrary, the period allows commentators to compare campaign promises against early initiatives, to predict future success.

On 5 December Lisa Osofsky will have been in post as the director of the Serious Fraud Office for 100 days. Her job description, clearly, is different from the Leader of the Free World and it would be unreasonable to expect a significant and visible change in activity to have taken place at 2-4 Cockspur Street since she commenced her five-year tenure on 28 August. Since then, there have been some changes in personnel, some public speeches, but no major charging decisions or new investigations have yet been announced. The significant events which have occurred (ENRC, KBR and Barclays) relate to ‘legacy’ matters and tell us little about how effective the director may become.

Why then pause for reflection after 100 days? Two reasons. First, to gauge whether the director’s public announcements indicate a progression of the trend towards corporate investigations and deferred prosecution agreements (DPAs). Second, to address a question raised by the arbitrariness of the time period: how many days need to pass before she ‘owns’ matters initiated before her arrival, and before the public (and those under investigation) can reasonably question whether the SFO under her leadership is more dynamic and decisive.

The Bribery Act, and its corporate ‘failure to prevent’ offence under section 7, came into force only six months before the commencement of David Green’s tenure as director. By February 2014 he had gained the power to enter into DPAs. These statutory developments rebalanced the SFO’s priorities and shifted its focus: the SFO of 2018 is a corporate investigator that the agency of 2012 never had the capacity or resources to be.

From that perspective, the director’s job application must have been a compelling pitch. Having spent over ten years working within US Federal agencies, initially the DOJ and subsequently the FBI, she shifted to various roles in the private sector focused on risk and compliance. Most recently she led the investigative, compliance and assurance activities of Exiger’s London office. The headlines reporting her appointment rather predictably focused on the first half of her professional life - ’The Mean Streets of Chicago’ (The Times) makes better copy.

Whilst the director’s work for US law enforcement would have been attractive to the Selection Committee, her most recent career feels far more relevant to the SFO’s future priorities and challenges. Compared with her predecessors, she will be better equipped to direct investigations into the adequacy of a company’s compliance systems, before assessing either the merits of a section 7 charge or whether the level of remediation to warrant a DPA is met. Her comments to date allude to this strength and may signal a pragmatism towards corporate investigations. In her speech to the Cambridge Symposium on Economic Crime on 3 September, she identified the Rolls-Royce multilateral settlement as an example of the type of cases she wants the SFO to tackle and noted the importance of a compliance background. She went on to comment ’It doesn’t mean I am any less a prosecutor; it just means I am going to be a more effective prosecutor and I am going to be very comfortable listening if a company comes forward and has evidence that they have done an awful lot to reform’. It will be interesting to see how the SFO’s energy is divided between boardroom and courtroom in the next few years.

The SFO has a history of being slow. In its defence it has always had restrictive funding and its investigations are complex and typically sprawling. Those conditions will not change. However, the speed of its decision-making has arguably reflected an underdeveloped confidence, or excessive caution, which could be addressed. The new director has no doubt commenced a review of the agency’s caseload. Loss aversion (or a lack of confidence) may induce investigators to press on, in the hope that one more lead may turn up a triable case (or bolster an existing one). Decisions get put off. If that happens, old investigations, which have dragged on without resolution, will come to be ‘owned’ and will attract greater personal scrutiny once a decision is eventually made.

Aside from these political implications, the expeditious resolution of matters is a public duty. It is encouraging that the new director has acknowledged this. Speaking at the American Bar Association’s White-Collar Crime Conference on 8 October, she said that she wants to speed up charging decisions, particularly against individuals, recognising ’how painful and how difficult it is to have the uncertainty of criminal investigations hanging over your head’. To what extent she will be able to make good on this proposal remains to be seen. But it is certainly an appropriate metric by which the SFO should be judged, and success would demonstrate a boost of institutional confidence.