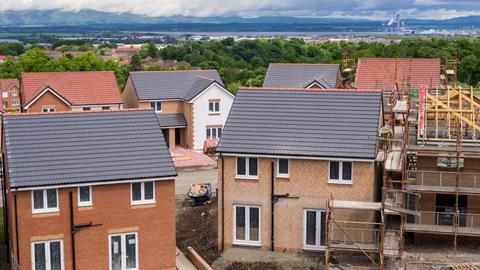 Here’s a surefire way of making citizens engage with the planning process: give them a home of their own - and then propose to build more homes next door.

Local authorities have learned the hard way that existing owners' hostility to housing developments is a powerful force. It is certainly one of the reasons why southern England’s housing crisis is so intractable; perhaps the biggest one.

The problem, as the centrist thinktank Demos pointed out last week, is that the people most likely to engage with the planning process - indeed with local government as a whole - are from from the sections of society  most  opposed to new developments. Essentially, that is older, middle-class homeowners. Demos research found that 56% of homeowners had engaged with the planning process, against 29% of renters. Retired people, and those in the ABC1 social group are also disproportionately represented, as most people who have attended a residents’ committee meeting will testify.

Demos concludes that a broader cross section of input 'is essential if the planning system is to be rescued from the capture of those most opposed to new housing development'.

In the current jargon, we need to move from attracting the Nimbys (not in my back yard) to the Wimbys (welcome in my back yard). And to get there will require more than merely broadening the base of participants. The whole nature of the conversation must be changed.

Demos says, perhaps optimistically, that 'People powered planning' could generate more enthusiasm.  It proposes mandatory pre-application consultation for all major housing developments in England (this already applies in Wales, Scotland and Northern Ireland). But this should involve a different kind of conversation to merely lodging objections.

Predictably, Demos sees digital channels as the key to getting down with the kids. Ben Glover, author of People-powered planning, says that the system’s current use of technology - typified by a notice strapped to a lamppost 'often resembles that of the last century'. The signal it sends is that the neighbourhood consultation is only a token exercise and the only voices likely to be noticed are those of virulent opposition.

The great hope for getting beyond binary choices is deliberative democracy.

To get the ball rolling, Demos calls on central government to create a 'digital planning innovation fund', enabling local planning authorities to develop innovative online consultation and engagement tools for planning. For example it cites an app developed by Lancaster University which displays planning information on a map and notifies residents of any changes. Users are able to leave comments and engage with others in discussion.

However even with such tools the planning system in its current guise will find it hard to attract more representative participants. A 'sense of disillusion with consultation and engagement exercises runs deep', the report states. 'Those that are already disengaged are likely to continue to be disengaged.'

Rather than merely creating a system open to self-selecting participants, 'we may need to consider the merits of decision making systems based not on open participation... but on the selection of participants designed to ensure representativeness'. This could be achieved by citizens' assemblies with members chosen by random ballot. With such an approach 'we would expect to see the influence of renters and the poor – groups that typically engage less with the planning system – increase, whilst the influence of the retired and homeowners – groups that typically engage more with the planning system – decrease. This could help to get more homes built.'

Perhaps. But Demos is a little light on the detail of picking participants to ensure a representative sample. The electoral roll is a flawed starting point, biased as it is towards British nationals of fixed abode. Will citizens’ assembly recruiters be forced to prowl the streets in 21st century press gangs?

Demos concedes that referring all planning decisions to a citizens’ assembly 'would likely bring the planning system to an unacceptable standstill'. Rather, local planning authorities should trial the use of deliberative decision-making methods at a more strategic level.

Such efforts should be supported by a ring-fenced emergency grant to local planning authorities, which have had their budgets cut by an average of 43% over the past five years.  However the report’s authors could not come up with a figure of what is required.

A simpler approach might be to route the cash directly to the people most likely to be affected. History shows few incentives  are as effective as a massive bribe in converting a Nimby into a Wimby.