Type variations on the term ‘legal jobs’ into Google and you are invited to join one of the many firms offering bespoke positions that allow solicitors to be their own boss. Who would not be tempted to curate their own ‘gig’ (sic) and still pocket a high percentage of billings? These days, it need not stall your upward career trajectory. 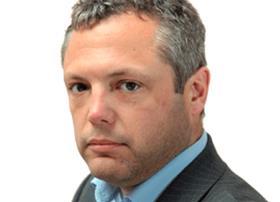 As they so often do, Google’s algorithms capture the zeitgeist. One thing we can assuredly say about the legal jobs market in 2020 is that it will continue to morph and fracture in ways that reflect the world around it. Employers – ‘woke’ as never before – are aware that offering more money and the chance to move up does not cut it any more (at least not on its own). Especially in a seller’s market.

A recent survey of what is important to associates when considering a job move ranked nine key factors, three of which had nothing to do with salary, prestige or promotion. They were: ‘making the world a better place’; a ‘positive culture and social make-up’; and (of course) work-life balance.

Associates want more money and prestige too, naturally. Who doesn’t? But the emphasis has shifted. Hence, too, the continuing drift of talented solicitors in-house. As Ann-Marie Goodbody, MD of headhunter Major, Lindsey & Africa told Recruiter magazine last week: ‘Law firms with a purpose is a trend likely to continue. The sector is seeking to deliver more meaning to working lives than just the execution of deals and cases, and as such “purpose” is a key driver in attracting talent.’

It is human nature to become restive in January, so if you hope the new year will herald a new job this week’s Gazette Recruitment Supplement offers useful pointers. We look at how the Law Society can give you a leg-up, how to finesse a legal job interview and how solicitors in that tricky first decade can get where they want to be.

I thank our panel of experts for giving freely of their wisdom, including unexpected nuggets such as ‘never accept a cup of tea’.