Law regarding consent is not confused, wrong or unfair

Following the recent Court of Appeal decision in the Jason Lawrance case, I was again frustrated by calls that the law regarding consent is confused, wrong or unfair. It isn’t. It may not do what some want it to do, but that is a different conversation. 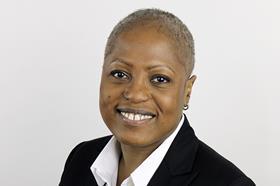 At first instance Jason Lawrance was found guilty of raping a woman (twice) because he had lied about having had a vasectomy. One year on his convictions have been overturned because Lawrance’s 'lie about his fertility was not capable in law of negating consent'.

The decision of Lord Burnett of Maldon, sitting with Mrs Justice Cutts and Mrs Justice Tipples, made it plain that consent relates to the nature and purpose of the sexual act, not to the consequences of the sexual act. In the Lawrance case, the act that took place, sexual intercourse, was consented to. The consequence of that act i.e. a pregnancy that the complainant did not want or want to run the risk of were, from a legal perspective, not related to the consent. If this were not correct, then, for instance, having sex with someone specifically to result in a pregnancy could be rape if it did not. A legal nonsense right?

The law already recognises factors which might vitiate consent, so for example, non-consensual removal of a condom is in law 'I do not give permission for your ejaculate to be inside me'. Another factor is deceptions as to the identity of the other person (although in my view there is some unacceptable gender bias in some of these identity-based decisions).

If the latest Lawrance ruling is wrong, we would have to consider the myriad of deceptions and untruths that might vitiate consent (for example, as to marital status, age, dress size, financial status, employment, genuine interest in settling down and so on) and we would need to decide which of these untruths are sufficiently wrong to create criminal culpability. We would also need to level up the law so that bar a contraceptive failure, an untruth asserted by a woman such as 'I am on the pill' when I am not, becomes a corresponding offence. If this is the direction of travel, arguably it is something that is best achieved through legislation rather than the decisions of judges.

We may not like that the law is telling us that it is not sufficiently nuanced to manage the complexity of each minute individual factor we each weigh as relevant to our sex lives. That may, of course, be because there is currently no consensus on which further factors are so intrinsic to an individual decision to consent or not, that could form the basis of draft legislation we can all agree on. The current legislation has in my view dealt with the fundamental issues of consent sufficiently, thereafter requiring us to take individual responsibility for setting the parameters of our intimate relationships and guarding against the consequences of those relationships.

There is often a world of difference between what is morally wrong and legally wrong. Legislating the chasm between the two is going to be a hard, but it seems necessary, slog.