Mother in law: coping with the kids in lockdown

Diary of a busy practitioner, juggling work and family somewhere in England. This week: a guide to handling school closures

I said I would write a hilarious article about the schools being closed, but in the hours since I said it a real sadness has come over me. 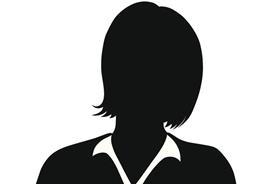 The JOMO (joy of missing out) that to start with was amazing (no PTA events, no courses, no after work drinks) has been replaced very quickly with a grim reality.

I went to see a very elderly client today who said that she knows she is supposed to stay indoors because of the 'granola virus' but will probably stand outside her husband’s care home and look at him through the window. I don’t know why, but I hadn’t thought much about the millions of people like her, already isolated and dependent upon the small amounts of social contact they get.

We have been told that we will either have to take unpaid or annual leave when schools close on Friday, and whilst this will be difficult for us - particularly if they don’t reopen after Easter - I am only really concerned about what on earth I am going to do with these blasted children. I could sob as I think of my friend’s childless brother and his new Portuguese wife who are self-isolating, presumably Netflix and Chilling, or my actual dream, chilling with Netflix.

With about 130 six minute units of time to fill between the little blighters opening their eyes and closing them again, here is my rough guide. Unlike a Twitter account I still for some reason follow, I am not going to tell you to 'look for leprechauns in your garden' or 'visualise breathing in green air and breathing out green air'. You need stuff that works if you are going to get through this.