Moving on from Covid: The Big Debate

As president of the Birmingham Law Society (BLS), I am pleased to announce that, on 11 December 2020, I will be chairing BLS’ first big debate with former attorney general Geoffrey Cox QC, MP, who has been MP for Torridge and West Devon since the 2005 general election. 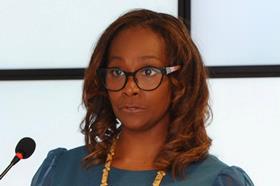 Since stepping down as attorney general, he has been consultant global counsel for Withers, tasked with enhancing its advice to private and overseas government clients on international commercial litigation, fraud, disputes, international arbitrations (both investment treaty and commercial) and public international law matters.

He will also be joined by the following panel members:

The debate will cover a number of live issues and concerns within the legal sector, including challenges to the rule of law, the commercial and societal effects of the Covid-19 pandemic, the perception of lawyers and their role and whether unintentional bullying is ever acceptable.

How can the legal sector help to drive recovery from the pandemic?

The Covid-19 pandemic has hit the UK hard – the legal sector needs to consider the role it will play in the country’s recovery both on an economic and social level. This will include supporting solicitors and firms to return to their offices safely in order to restart the economy, as well as providing essential legal advice to clients who will be facing unprecedented business challenges. More than ever, we need to listen to our clients and their needs, and maintain justice for all.

Staff are the backbone of the legal sector. Covid-19 has challenged us all in relation to remote working, in particular ensuring that all staff continue to receive support in terms of supervision and wellbeing. We need to continue to deal with the personal elements of Covid-19 with empathy while ensuring that the business continues to remain efficient, productive and profitable.

What has the legal sector learned since the first lockdown in March 2020? Will this new knowledge empower us to drive recovery after Covid-19?

Our debate will also address the issue of groups which have been excluded from government Covid-19 financial support – more than three million people.

Some groups – including those who became self-employed in the past 18 months, limited company directors and freelance workers on PAYE – have struggled to find financial support, although government furlough payments and the Self-Employed Income Support Scheme has offered help to many.

The figure of 3.1m is based on detailed analysis of statistics available from the Office for National Statistics, HMRC and the Department for Business, Energy and Industrial Strategy and cross-referenced against all statistics referred to in the Treasury Committee Interim Report of 15 June 2020.

We will consider what needs to change to address this failing and to ensure that such large groups within UK society are brought within the protection of government schemes.

Recent challenges to the rule of law

'No one is above the law.' For the rule of law to be effective, there must be equality under the law, transparency of law, an independent judiciary and access to legal remedy.

There is a growing fear that the Internal Market Bill would make a ‘no deal’ more acrimonious because many sectors, including aviation, lorry transport or scientific co-operation, would face huge disruption in the event of ‘no deal’ because they have no World Trade Organization terms to fall back on.

In October, home secretary Priti Patel MP made a speech at the virtual Conservative Party conference promising 'the biggest overhaul of our asylum system in decades'. She said that next year she would bring in legislation to stop 'endless legal claims' from people who are refused asylum.

She accused immigration lawyers of defending a system which they profit from and went on to say that 'those defending the broken system – the traffickers, the do-gooders, the lefty lawyers, the Labour Party – they are defending the indefensible.'

All these questions, and many more, will be debated at BLS’ The Big Debate. Please join us on 11 December. Contact BLS to register at: events@birminghamlawsociety.co.uk

Inez Brown is president of the Birmingham Law Society