Reform of DBAs is long overdue

I recently went to an event that may prove a big moment for the legal profession: the launch of a new set of draft regulations for damages-based agreements (DBAs). The Old Hall at Lincoln’s Inn was packed with litigators keen to hear the detail, leaving no doubt as to the appetite among lawyers for a workable contingency fee option.

DBAs have always been the missing piece of the Jackson jigsaw. While they were part of the judge’s reform package, the 2013 regulations that introduced them – drawn up by the Ministry of Justice – were riddled with problems and takeup has been woefully low. That matters, because DBAs were meant to go some way towards making up for the loss of recoverable success fees under Jackson. Right now, too many valid cases are not being brought because they are simply not economically viable for lawyers to run. DBAs will not eradicate that problem, but they would help.

In 30 years of practice this issue is the worst it has ever been in our court system, and in a very real way it calls into question the rule of law in this jurisdiction

These new draft rules would push the reset button on DBAs. Drawn up by two of the best brains in the field – Professor Rachael Mulheron of Queen Mary University and Nick Bacon QC of 4 New Square – they aim to create a framework for DBAs that would appeal to the profession, while ensuring fairness for clients. The headline change is a switch from the less lucrative ‘Ontario model’, to a ‘success-fee model’. This would allow lawyers to collect recoverable costs from the losing party on top of the DBA fee. The existing cap on the percentage of damages a lawyer can take would be lowered, to ensure lawyers are not overpaid. 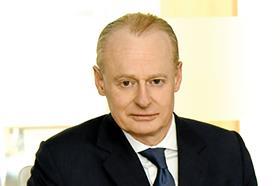 The next big shift is that the draft rules permit ‘hybrid’ DBAs, which the profession has been calling for. This would, for example, allow lawyers to combine a DBA fee (which would only be payable if the client wins) with a reduced hourly rate paid as the case goes along, payable win or lose. This would help with law firm cashflow and be more enticing for some firms than an ‘all or nothing’ approach to litigation risk. The draft regulations also set out detailed rules on how DBAs can be terminated and expressly allow for defendants to use DBA agreements.

So what stage are these draft rules at? The MoJ arranged for Mulheron and Bacon to conduct their review of DBAs, but the proposals have not yet been submitted to the ministry. They were published last month to give litigators at the coalface the chance to scrutinise them and give feedback by 15 November. Further changes may be made before the draft rules land on desks at the MoJ. But when they do so, will they be accepted? That, of course, is the million-dollar question – perhaps quite literally. And the answer is far from certain.

A number of MoJ officials attended the launch of the draft DBA regulations and Robert Wright, the ministry’s head of civil litigation funding and costs, gave a speech setting out his thoughts. The tone was surprisingly cautious. Wright expressed concerns about ‘speculative’ claims and on the issue of hybrid DBAs, he sounded like a man who needed some convincing.

Wright said his experience of the ‘excesses’ of the pre-LASPO regime meant he was ‘naturally concerned about opening up a new area which may encourage abuse’. He tactfully acknowledged that the lawyers in the room would no doubt use DBAs wisely, to the benefit of clients. But he added: ‘But what of lawyers who are perhaps not here, who we all know exist, who look at cases not so much with their clients’ best interests at heart, but more with a view to maximising profits? What of the very high-value case which the client is advised to settle straight away, with very little work – and with a very high payment? Do we need new guidance, rules or regulations? Does the client need extra protection? Or are all of these unfounded concerns from a too-cautious civil servant?’

Wright added that ‘none of this is to say that the proposed reforms should not be taken forward’, but it was essential to ensure ‘proper protections’. He added that lawyers should consider collecting data to address the question of ‘what is the case for action now?’.

So is Wright being over-cautious or does he have a point? Essentially, we are talking about the balance between two risks. On the one hand there is the potential risk that lawyers will do rather too well out of DBAs, at the expense of clients. But that is surely dealt with by existing law, particularly a lawyer’s duty not to act against the best interests of their clients, and the client’s ability to challenge an unfair agreement and have it set aside.

On the other hand, there is the risk that without DBAs claimants will not be able to access the courts. This is not so much a ‘risk’ as a fact; something that claimant litigators know all too well.

Anthony Maton (pictured), London managing partner at Hausfeld, put it perfectly at the DBA launch event when he pointed out that while Russian oligarchs can run freely in the English courts, typical UK businesses cannot afford to access them. ‘In 30 years of practice this issue is the worst it has ever been in our court system, and in a very real way it calls into question the rule of law in this jurisdiction,’ he said.

Let us hope that reform of DBAs can make a meaningful difference. It is a change that is long overdue.