Should governments be trammelled or untrammelled?

Developments in two more-or-less federal court systems over the last few days have contrasted sharply with developments in our own jurisdiction’s system of oversight of our government. 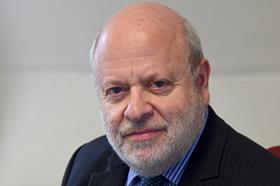 In our jurisdiction, the government has various plans to reduce accountability for its decisions: to restrict judicial review, which is one of the chief methods of reviewing its decisions through the courts; to restrict the powers of the ministerial standards adviser; and to strip the Electoral Commission of its power to prosecute. It has obviously withdrawn from the powers of the Court of Justice of the European Union (CJEU), and had hankerings to withdraw from the jurisdiction of the European Court of Human Rights, although that would now have far-reaching consequences under the Brexit arrangements – resulting in possible proposals just to limit its impact.

The question is: is our own direction the one in which we want to be headed? This is not a question about Brexit, but rather about whether we want our executive to be trammelled or untrammelled by supervisory bodies which decide whether it has broken certain principles.

The first contrasting decision was in the United States, where an important decision a few days ago upheld the Affordable Care Act (Obamacare). This was the third attempt to try to derail the legislation through the Supreme Court. Many thought that this time it would succeed, following President Trump’s appointment of three conservative justices during his four years in office to give it a different mindset.

But the Chief Justice is keen to preserve the Supreme Court’s impartial reputation in very difficult circumstances, and so a large majority (7-2) was constructed, not to deal with the substantive issue at stake regarding the structure of the legislation, but to say that the plaintiffs, 18 Republican-led states and two individuals, had no standing because they had suffered no direct injury. What the President and other democratically elected leaders had wanted – the repeal of Obamacare – did not therefore take place through an unelected court holding to certain principles, even if they were procedural in this case.

There has been press speculation since about how President Trump’s nominees, who caused much hullabaloo at the time of their appointment in terms of their predicted effect on case outcomes, have not so far joined the other more conservative justices, who are now expressing great disappointment through their dissenting judgements.

Second, and closer to home, the Advocate General of the General Court of the CJEU issued an interesting opinion in a very different case a few days ago – one which happened to involve lawyers themselves, and which is likely to be followed by the court itself in due course.

The facts are curious and highly political. A lawyer acting for Donald Tusk, the former President of the European Council, publicly commented on the possibility of his client being charged with a criminal offence. Poland’s National Prosecutor deemed that those comments amounted to unlawful threats and should lead to a finding of disciplinary misconduct. (There has been a long dispute between Poland’s current leadership and Mr Tusk, who was Prime Minister of Poland before the current Polish leadership took office.)

In that way, the CJEU, more than any other EU institution, is trying to enforce the rule of law in Poland.

Forgetting about Brexit (since restraints on governments can be national, as they are now mostly in the UK), the question is which is the better system: the one that says elected governments can do as they wish about the powers that restrict them, on the basis that parliament reigns supreme; or the one where there are agreed restraints on democratic powers?

Electorates, being human, can make mistakes – appeasement in the 1930s is often cited as the classic example, well removed from current controversies. Governments can, too. Should the courts and other bodies continue to have the power to keep governments within the rails of previously agreed principles?