Should our law firms still represent the Belarus government?

You can tell the nature of a country from the way it treats its lawyers. 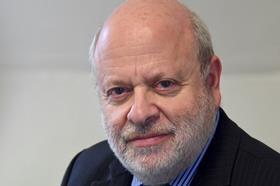 Therefore, shocking as the announcement was that Belarus had forced an Easyjet plane travelling between two EU capitals to land so that it could arrest an activist and his girlfriend, it was not surprising. The Belarusian dictatorship has exhibited little concern for the rule of law, and its treatment of lawyers demonstrates this indifference, particularly since its disputed presidential election last August.

Less than a fortnight before the Easyjet incident, the Council of Bars and Law Societies of Europe (CCBE) had written to the Belarus government to complain about its treatment of a local lawyer, Volodymyr Yavorskyy, the 6th letter it has written in complaint since the start of the year, covering 8 different lawyers.

Mr Yavorskyy is a prominent Ukrainian human rights lawyer. He was taken for questioning while his home and the office of his wife, Tanya Hatsura Yavorska, were searched. It is reported that, following the interrogation, he was told that he and his children had to leave Belarus within 48 hours, and that he was banned from re-entering Belarus for 10 years. He was reportedly told that, if he did not, he would be arrested and his children would be placed in state institutions. It is also understood that, during his interrogation, he was subjected to physical and psychological abuse and was denied access to his lawyer.

Apparently, he did leave Belarus as a result. The following day, his wife was released on condition that she did not leave the country, since she remains a suspect. Of course, it is believed that these measures have been taken against the couple as an attempt to silence them and deter them from continuing their human rights activities.

You get the picture. A similar prediction could have been made about China and its unprecedented recent imposition of sanctions on a set of English barristers’ chambers for issuing a legal opinion that the Chinese government did not like. That is obviously not the only action, nor certainly the worst action, that can be pointed to with regard to the relationship between China and the rule of law. And its treatment of its own lawyers? The CCBE has sent 11 letters this year to the Chinese government relating to lawyer mistreatment.

Regarding the UK’s own rating under this measurement, the CCBE has written no letters about our lawyers either this year or last year, which is unsurprising.

But our government nevertheless maintains a low-level campaign to undermine trust in lawyers, from the prime minister’s jibes about the leader of the opposition (‘He needs to make up his mind which brief he’s going to take today, because at the moment it looks as if he’s got more briefs than Calvin Klein’), to the Home Secretary’s provocations over activist immigration lawyers, to the recent plan to impose a good faith requirement on immigration lawyers. That is not serious on the global scale of harassment of lawyers, but is nevertheless indicative of the government’s picking on certain sectors repeatedly to score points.

The question is what we should do about it. On the UK front, the Law Society pushes back against the government’s repeated prods. On the international stage, the Law Society and other international legal organisations send letters of protest. Letters? That’ll have them trembling in their presidential palaces.

The big and difficult question is this: how badly must a government behave before lawyers themselves institute a boycott and decide that they will no longer undertake work for a government, no matter how well remunerated? For instance, will a country undertaking genocide have crossed a red line for a law firm? It was this accusation with regard to the Uighurs that so irritated the Chinese government. Or must it be something worse than genocide, if such a worse thing exists?

Everyone is entitled to legal representation. But at what stage does representation cross over into implicit support for a very bad actor? Law firms have been known in the past to refuse to act for certain clients when they were subject to social media campaigns to shame them – see, for instance, the recent retreat by US law firms when they were heavily criticised for acting for those who wanted to overturn the US election result with false claims of electoral fraud.

Will law firms take such action of their own accord regarding countries like Belarus? Should they?