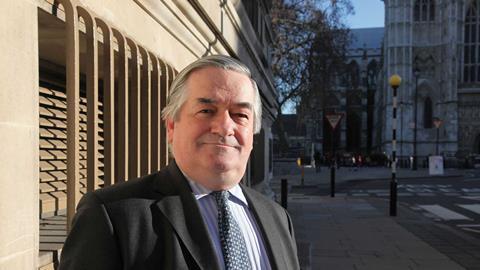 On the day that the outspoken family division president retires, the Gazette takes a look at some soundbites.

November 2013: Calling for greater transparency in the family court and Court of Protection, Munby says: 'If there is no basis for injuncting a story expressed in the temperate or scholarly language of a legal periodical or the broadsheet press there can be no basis for injuncting the same story simply because it is expressed in the more robust, colourful or intemperate language of the tabloid press or even in language which is crude, insulting and vulgar.'

February 2015: Fed up with excessive court bundles, says counter-staff at court offices will be instructed to refuse to accept witness bundles and destroy any sent by post unless a judge has specifically directed that they are to be lodged, and 'from now delinquents can expect to find themselves subject to effective sanctions'.

January 2017: Berates the state of equipment in family court, including his own at the Royal Courts of Justice, saying that on a recent occasion, 'I used a video link, everyone and everything appeared on screen in such a bright blue shade as to remind me of [the film] Avatar'.

November 2017: Says it would be 'absurd' to deny the Royal Archives copies of the will and codicil of someone 'who was born a royal prince, died a royal duke and was in his time His Majesty the King', ruling that the seals of the envelope containing the will of the abdicated King Edward VIII can be broken to identify the copyright holder of his literary works.

March 2018: Says 'a sexual relationship is not necessary for there to be a valid marriage' before granting a parental order in a surrogacy case to a couple where one of the partners is gay.

May 2018: Congratulates a teenager, once at risk of taking her own life, for the progress she has made in a case which he warned could have left society with 'blood on our hands'.

June 2018: Reveals the 'grim' news that the national support unit for substance-abuse problem-solving courts will close in September. Says 'the minister recently visited a settlement conference court. The visit, I would imagine, was valuable and informative. Would it not be possible for time to be found in the minister’s no doubt busy diary for a ministerial visit to an FDAC?'

July 2018: Criticises the government for finding parliamentary time to debate how to address a bankruptcy judge in court but not to end the 'long standing abuse' of alleged perpetrators of domestic violence cross-examining alleged victims. After being told by ministers that certain proposals to help children participate in proceedings cannot be implemented 'given their assessed operational impacts', he explains that 'in plain English, it means it would all cost too much. The minister acknowledged that this decision would be "disappointing". I would use a rather blunter word'.

July 2018: So alarmed at reading a tweet about a lawyer who had to console a client involved in care proceedings near families celebrating their adoption cases that he reiterates guidance on court arrangements.