By Lord Thomas of Cwmgiedd26 February 2018

The Commission on Justice in Wales was established by the Welsh government to review the operation of the justice system in Wales and set a long-term vision for its future. The commission is entirely independent. Two of its members are solicitors. 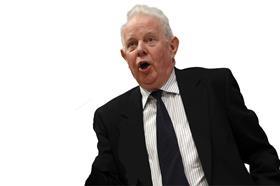 Wales had its own system of laws and courts. These were progressively eliminated, first during the conquest of Wales, then by the acts of union in 1536 and 1543 (which made the whole of Wales subject to English law) and finally through the abolition of the Courts of Great Sessions in 1830. Since that time there has been one system of justice.

During the 20th century, Wales slowly developed a small body of distinct Welsh law through acts of the UK parliament applying only to Wales and regulations passed by the secretary of state for wales.

In September 1997, the people of Wales voted for a national assembly with powers only to make secondary legislation. The incremental development of devolution continued with the passing of the Government of Wales Act 2006, which formally established the assembly as a legislature with powers to pass primary legislation in defined areas with the consent of the UK parliament. Following a ‘yes’ vote in the primary powers referendum in 2011, the assembly acquired powers to pass assembly acts without the need for Westminster approval.

Despite the Silk Commission (set up by the UK government in 2011) making a number of recommendations about justice in 2014, justice remained almost entirely non-devolved in Wales. This will continue to be the position, with relatively small further changes, when the new reserved powers model comes into force under the Wales Act 2017 in April 2018.

Twenty years after the 1997 devolution referendum, the first minister announced the establishment of the Commission on Justice in Wales to examine ways in which the justice system could be improved and made more accessible to the Welsh people. Never before has a commission focused solely on justice in Wales and, given the increasing number of distinct Welsh laws, the implementation of the Wales Act 2017 and the digital revolution, its establishment could not be more timely.

Since commencing our work in December, we have decided to first consider the evidence in five workstreams:

In the light of evidence obtained on these workstreams and our preliminary views on recommendations for change in these areas, we will then consider the options for delivering justice in Wales with reference to governance and jurisdictional arrangements.

Our recommendations will be evidence-based. It is crucial therefore for us to engage with the people of Wales and others interested in justice. It is particularly important that solicitors across England and Wales understand the remit of the commission and how it is setting about its task. We want to hear as much as possible from the profession, particularly over the coming weeks on the five workstreams. These touch on the day-to-day practice of the profession in Wales, but are also of relevance to the profession in England.

We will consider access to justice across Wales, including legal advice and the ability to make full use of the courts and tribunals. We will also examine the accessibility of the laws applicable to Wales both in English and Welsh.

We are alert to the serious problems facing rural and post-industrial communities across Wales. We want to ensure our recommendations reflect this context.

Other key aspects of our work are examining how central and local government agencies, the police, the probation and prison service, prosecutors and the courts can work together to reduce crime and promote rehabilitation. We want to hear from as wide a range of people as possible, particularly about good practices locally and in other countries which produce better outcomes. 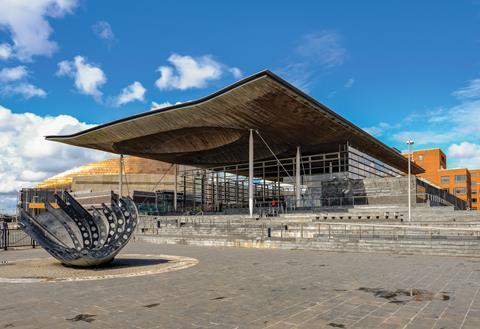 We will also review the operation of academic and professional legal education to ensure it reflects the needs of the 21st century, the digital revolution and the growing body of Welsh law. Students and practitioners must be equipped to face the future.

Justice is central to the wellbeing and prosperity of Wales. The commission therefore wants to work with the profession to identify new and innovative solutions to these many complex problems and to put Wales at the forefront of justice in its widest sense – reducing crime, improving the rehabilitation of offenders and improving access to justice. Our aim is to promote the strength and sustainability of the Welsh legal sector to optimise its contribution to the prosperity of Wales. We wish to facilitate legal firms of all sizes to flourish, to improve their competitiveness through the use of technology and artificial intelligence, and to add value to their communities and beyond. I am sure that the legal professions will wish to play a key role with the commission in seeking to bring this about.

We will therefore engage with the legal professions through our call for evidence and the meetings we will be arranging in coming months. After considering all the evidence, our report will be presented to the Welsh government in 2019.

The laws of Hywel Dda, the king of most of Wales in the 10th century, were renowned in the context of early medieval Europe for being just and effective. They remained in use until Henry VIII’s acts of union. Let us work together in the context of the 21st century and the fast-moving technological age to ensure that justice in its widest sense meets the needs of its people and enhances their prosperity.