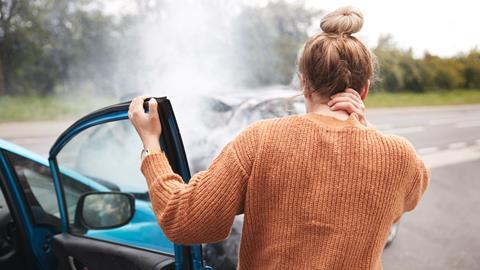 Whiplash reforms: Detail, not delay, is what lawyers need

When news broke this morning of an update to the whiplash reform programme, there was briefly a moment when you thought it might be something informative.

Practitioners and insurers have waited almost two years now for the framework that will decide how they will manage claims in future – or in some cases whether they will at all.

The Ministry of Justice – or rather its appointed partner the Motor Insurers Bureau – has done sterling work in getting the new claims portal ready for action. But the fact that this system is nearing readiness while the rules are still unpublished suggests this has been a process of placing the cart way in front of the horse. There has been no decision on tariff compensation levels (important for lawyers considering whether to still work on these claims), no decision on alternative dispute resolution and no word on how mixed claims will be handled. The public, the overwhelming majority of whom will be blissfully unaware of the Civil Liability Act, might also need informing that their civil justice rights are being shifted within the next few motnsh. At the very least, those who will navigate the system were entitled to think, with the portal less than four months away, they might finally get some details.

Alas no. The announcement was simply that the portal is delayed another month, which was a bit like informing friends that your wedding is on hold by a month while still neglecting to reveal who you’re going to marry.

Quite why the MoJ is still pursuing this programme with such apparent zeal is unclear. There is a pandemic on, you might have heard, and the outsider looking in might question why civil servant manpower is being diverted to this issue. You might also argue that so long has passed since reforms were mooted that this is all academic anyway – claim numbers plummeted in the last lockdown as car use fell, and that itself followed a sustained period of falling claims. Is there such a problem with fraud anymore? LASPO, the reduction of fixed fees and a clampdown on the rogue elements of the claims management industry appear to have had the desired effect, and insurers are notably quiet about the issue in recent times.

Will the portal go live in May? Possibly, though you wouldn’t bet on it. Without rules, and at least three months in which to scrutinise them, the starting date is wishful thinking anyway. Detail rather than delay is what the claims sector really needs.