Work in the police station remains chaotic and unsafe

In the past two weeks, the criminal courts have adapted beyond all recognition in an attempt to continue the administration of justice. The widespread adoption of remote working has significantly reduced the number of in-person hearings and has allowed urgent and necessary work to continue. 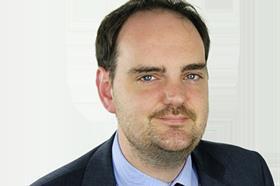 The journey was not without its bumps, but this is a natural consequence of systemic change occurring in a very short period of time. Save for reports of low level offences being brought to the Magistrates’ Court, there now appears to be structure and logic to the way work will be conducted in the immediate future. We even have guidance about whether advocates need to stand when a judge enters a video conference (they don’t).

In contrast, work in the police station remains chaotic and unsafe. In two recent articles I described the healthcare provisions of PACE and the NPCC’s strategic overview concerning custody function during the COVID-19 pandemic. Already in existence, this baseline should, in theory, be sufficient to ensure that that suspects, police officers, solicitors, appropriate adults, and any other police station attendees can be interviewed without being placed at intolerable risk. The day-to-day reality is dangerously at odds with this.

The importance of the government’s social distancing strategy has led to restrictions which would have been considered inconceivable in 2019. But, here we are: at risk of criminal sanction if we leave the house in contravention of The Health Protection (Coronavirus, Restrictions) (England) Regulations 2020.

Yet solicitors, police officers and appropriate adults are still expected to attend a police station where there is no prospect of securing a space large enough to socially distance oneself from another, where solicitors will still be locked into a consultation room with a suspect, where custody officers will still have a set of keys to be shared and an electronic pen to be used by all suspects as they sign their custody record. Hand sanitizer and wiping down surfaces isn’t enough. Likewise, Personal Protective Equipment (PPE) isn’t a panacea.

PPE isn’t something that many of us had great cause to consider until a few weeks ago. Not anymore. But, PPE comes with its own difficulties. For a start, the actual PPE required is undefined – it is as simple as a mask and gloves, or is it more substantive? There is then the real issue that PPE should be put on, taken off, and disposed of in a very particular way. Without training, the use of PPE may provide a largely illusionary safety.

Representative bodies have responded to the uncertainty by drafting a message to their members and firms will have considered their obligations under the Health and Safety at Work Etc Act 1974. In the absence of safety, there is a likelihood that solicitors will simply not attend.

This is not a criticism of custody officers or the police. They have an impossible task in that they face an invisible disease which may present asymptomatically. There is no roadmap for this.

Nor is this a call for interviews to stop as long as they can be conducted safely. The single concern is that the process is safe. Until there is a way of ensuring the safety of everyone involved in the process, in person interviews should be the exceptional course.

There have been encouraging reports of police forces adapting and using telephones and/or video links to conduct interviews. But, the approach is piecemeal and inconsistent. If there are issues due to limited resource (i.e. a lack of sterile phones or laptops) then this can be quickly solved with appropriate funding.

The Codes of Practice already include a process for a live link interview to be conducted when the investigating officer is not present at the police station (Code C, 12.9A – 12.9B and NfG 12ZA – 12ZG). It would not be difficult for this to be adapted or adopted for the present circumstances.

Live link representation should not be considered as a full-time replacement for an in person attendance. But until the process is safe, it is better than the alternative and solicitors should not put themselves, their families, their clients or police officers at risk.