Central exam idea does not add up

Much of what the SRA sees as wrong with the current legal education system is in its own hands to fix.

The Solicitors Regulation Authority’s consultation, Training for Tomorrow: assessing competence, closes for responses on 4 March. Firms may look at the title and glaze over. The central proposal is the introduction of a centralised Solicitors Qualification Examination (SQE). The reason given is ‘to ensure that all aspiring solicitors, no matter what institution they attended or pathway they took, are assessed against the same high standard of competence’. A simple proposition, which, on that basis, would seem incontrovertible.

However, things are rarely as they seem, and, in this particular case, this simple proposition is likely to lead to the wholesale dismantling of the current education and training framework for qualification as a solicitor. Mine is not an objection to change: change can be good if it addresses an actual problem and achieves improvement.

However, the question here is whether there actually is a problem and, if there is, whether what is being proposed is the best and most effective way of addressing it? The SRA does not deny that the current framework produces competent - in fact, highly competent - practitioners. Can dismantling it and replacing it with only a centralised SQE be justified?

The reasons the SRA gives are mainly to do with inconsistency in standards, particularly with the law degree and LPC. This is somewhat disingenuous on the part of the SRA, since it is the SRA which, in the recent past, has chosen to relinquish its regulation and quality assurance of both the law degree and LPC. It disbanded the joint academic stage board, which oversaw the law degree and GDL for both the SRA and Bar Standards Board in 2014, and abandoned what it called the ‘cornerstone’ of the quality assurance of the LPC, namely, the external examining scheme supervised by the SRA, in 2014.

Another accusation the SRA makes against the LPC is the cost. Yet, this too was something the SRA monitored previously but has chosen not to interest itself with any more.

Aside from the law degree and LPC, the SRA is concerned about standards on the training contract and the new period of recognised training (PRT). It believes that supervision during, and sign-off at the end of, the training contract and PRT, are not necessarily consistent and, worse, anecdotally (that most convenient of evidence bases), the SRA has heard that some firms may sign off trainees but not keep them on, ergo the SRA has concluded that trainees are being admitted who are not competent.

This does not necessarily follow: a firm may not keep a trainee on qualification for a range of reasons – all valid and none to do with competence. I pity the plight of training principals, who, without any guidance from the SRA to speak of, are now being pilloried for having to work things out for themselves. Again, this situation could be easily resolved by the SRA providing decent guidance.

The other problem the SRA has with the training contract or PRT is that it sees it as a barrier to entry to the profession. The SRA’s view appears to proceed on a questionable hypothesis that anyone who wants to qualify as a solicitor should be able to do so. What is wrong with this hypothesis is that the words ‘who wants to qualify’ should be replaced with ‘who meets the required standards’. 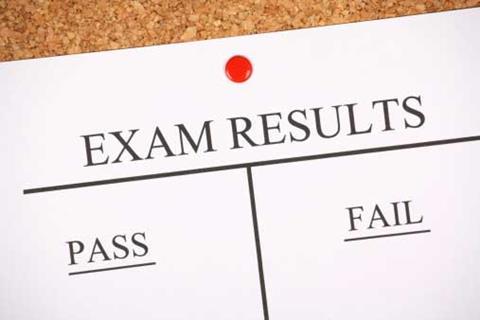 Turning the hypothesis on its head, just because someone may want to qualify as a solicitor does not necessarily mean that they should if they don’t meet the standards. Standards are not obstacles; obstacles unnecessarily prevent those with the ability to enter, which is not the case here. The reality here is that there is a finite number of training places that will be required in private practice or in the public sector at any one time. Commercial need will determine the first, government funding levels will determine the latter.

There is no question that there are more law graduates than there are training contracts or PRTs available, but whose fault is that? Is it in fact a problem? This is a seminal issue that the SRA has consistently failed to confront; instead, it skews the argument by laying the blame at the door of the profession. Why is the SRA embarrassed to recognise what is a commercial fact of life that not everyone who wants, gets.

What the SRA should be asking is whether law graduates have made an informed decision to study law, knowing the limited opportunities for training places available, and whether the numbers of law graduates are inflated by students who are not going to meet the required standards but who have been enticed onto law degrees by universities whose funding pressures require them to enrol as many students as possible on their law degree programmes?

These questions have not been confronted by the SRA and, until such time as they have, and the SRA is prepared to do something about them, removing prescription as to how a student gets to the point of qualification is merely shifting the deck chairs on the Titanic, or, to put it bluntly, merely moving the point of unemployment.

On this analysis, much of what the SRA sees as wrong with the current system is in its own hands to fix; it has just chosen not to do so and, instead, is proposing dismantling a legal education and training framework that works.

Would a centralised SQE at the point of qualification be a good idea? It may - or it may not; it really depends on what the assessment is supposed to do - presumably be something that the process up until then does not do. Until we know what the process is which will lead to the SQE, though, we cannot make any sensible judgement about whether there should be a SQE.

Whatever the SRA says, the SQE is likely to be expensive (courses for captive audiences, even without objective structured clinical examinations (OSCEs), usually are). And the SRA is not going to tell us what that process is likely to be - if a process there is - until after it has decided about the SQE, which is really putting the cart before the horse.

All we know about the likely process the SRA has in mind is what the SRA has said in the consultation paper, that the law degree is not an essential pre-requisite for safe practice as a solicitor, and that it cannot see any regulatory justification for requiring solicitors to be graduates. To think that a computer-based, multiple-choice question examination is the equivalent of three years of study and intellectual development on a law degree (or GDL following a non-law degree) is quite simply bonkers. Either the SRA does not understand assessment or it has a zealotry zeal for change regardless of all evidence.

We also know that the SRA believes that a period of work-based experience would be essential before someone could sit the SQE, and that it anticipates that courses would be necessary to help prepare for the Part 2 practice skills component of the SQE, and that studying on a law degree would help prepare candidates for the Part 1 knowledge component. One could be excused for thinking that this sounds rather like what we have already: academic study on a law degree, skills development on the LPC, and work-based experience under a training contract or PRT.

If you analyse the five SRA consultations since the Legal Education and Training Review, all proposals, which cover everything from the training contracts to CPD, have been adopted. One could be excused for thinking that this is because there was no objection to the proposals but one would be wrong. The SRA consults because it is obliged to, but it takes the approach that consultations are not voting exercises - it is a regulator, and its consultations are presentations of proposals the SRA has decided upon - it would say after due consideration and research, but that is moot.

The reasons the SRA has given in this consultation certainly do not add up, and they certainly do not justify the wholesale dismantling of a perfectly good legal education and training system. What is not perfect about it could quite easily be addressed if the SRA actually chose to regulate.

If firms do not intend to respond to the consultation, then they should think again. The impact of the SQE proposal in this consultation, and proposals in the consultations which the SRA intends would follow, is profound for firms as if would affect their ability to be able to recruit a diverse range of talented lawyers, not to mention the quality and reputation of the solicitor profession in England and Wales. The profession needs bright talented individuals from all backgrounds. My own credo is that any student who has the ability to qualify and practise as a solicitor should have exactly the same chances and opportunities as any other student with the same ability, and that their chances of qualification and employment should not depend on inside knowledge of employers’ preferred route.

De-regulating does not ensure equality of opportunity; on the contrary, it creates a vacuum that lets the unscrupulous and more mercenary-minded prey on those whose desire to enter the profession may mean they are less informed than others.

If the SRA ends up choosing to ignore the views of both the profession and the educational experts, then it raises a very real issue about the SRA as regulator of the profession. To remove all prescription on such a flimsy evidence base is tantamount to derogation of regulatory responsibility. The SRA is quite clear that its focus is on the consumer; not the interests of the profession. However, having the quality control that assures the award of the title of solicitor diminished through de-regulation is hardly in the interests of the consumer.

In fact, it gives even greater weight to the very sound argument offered by the Law Society chief executive that the SRA should not be setting standards for the profession, let alone entry standards, and begs the question whether the SRA should have anything to do with the award of the solicitor title at all.