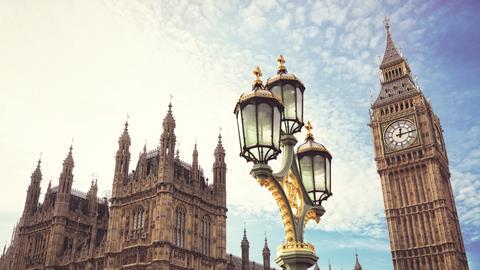 Sixteen new members were clapped on to Council at the start of the September meeting of the Law Society of England and Wales’s ruling body – an injection of fresh blood that was welcomed around the room.

Shortly afterwards council gave its seal of approval to the next steps in implementing governance changes. The process for the creation of new structures including the main Board and the two supporting bodies – the Policy and Regulation Committee (PRC) and the Membership and Operations Committee (MOC). These will replace the four existing boards. Council also approved the long-term composition of these committees and the draft terms of reference. Initially, both the PRC and MOC will be made up of 10 members including the chairs, eight coming from current boards and two additional Council members to be elected from Council.

This transitional composition will move into long-term composition as members come to the end of their terms.

The new post of chair of the Board is currently being recruited for.

Council was updated on Law Society work on a number of initiatives.

There was a brief discussion about a more regionalised approach to the Society’s Brexit work. Chief executive Paul Tennant said there were already steps to put Society messages out regionally and in his report he outlined the significant work on this area, including an extensive programme of engagement with ministers, parliamentarians and officials. The work is paying dividends. In the recent government paper on civil cooperation, the Law Society was specifically mentioned and all our major asks on civil justice co-operation were adopted.

Entry to the profession

The Law Society contributed to the Solicitors Regulation Authority’s consultation on the Solicitors Qualifying Exam. Our response highlighted the importance of developing the new tests appropriately and the fact that work experience requirements need proper scrutiny to ensure standards are maintained. We also supported the continuation of the EU lawyers’ framework.

New regulations prompted us to issue a quick guide for solicitors. We also sought and obtained assurances from the Office of Financial Sanctions Implementation about the protections for legal professional privilege in relation to new reporting obligations for solicitors.

We published a new practice note designed to assist solicitors in identifying circumstances which may warrant a refusal to undertake legal aid work and in doing so ensure compliance with the SRA Code of Conduct.

We are supporting positive law reform through our GDPR work and keeping members informed about what these important changes mean for them.

The Law Society responded to the Welsh government’s consultation on a prosecution code for Wales.

The Welsh land transaction tax will replace stamp duty in Wales from April 2018. We are working closely with both the Welsh government and revenue authority personnel and a consultation is expected to start shortly.

At the National Eisteddfod, the Wales office held a panel session, Welsh and the law, which stimulated a lively discussion.

We organised the first roundtable on our international programme on women and the law. We also welcomed 14 Kazakh judges as part of the Kazakhstan judicial training programme. In August we participated in the ABA annual conference in New York and at the Canadian Bar Association annual conference.

The Brussels office organised an event on acquired rights and also an event on Brexit and Devolution.

How the Society works

A culture code is being developed so the organisation can build on the pride and passion of council, boards, members and staff. At their meeting, council took part in a discussion about how the Law Society defines its culture. This is a mutual piece of work between council and staff and it led to a positive discussion about the way the governing structure of the Society interacts with its staff.

The Society is also working on the business planning process, the outputs from which will come formally to Council in October, focused on the objectives of promoting the profession, attaining influence and impact, developing the membership offer, and running an efficient and effective organisation.

The final two Council meetings of 2017 will take place on 26 October and 7 December.