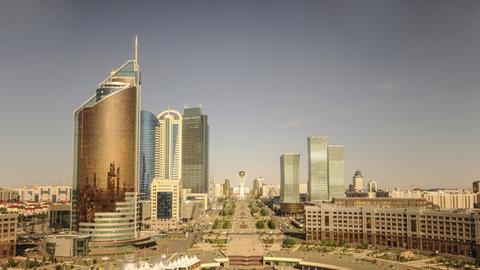 Extradition as a political tool

CIS states, such as Russia and Kazakhstan, have sought to manipulate the extradition process in order to persecute opponents, write Ben Keith and Rebecca Niblock.

In 1947, US lawyer Martin Richmond commented on the USSR’s request for the return of Kirill Alexeiev, who had defected to the US.

He said that the request followed ‘a well-worn Soviet pattern’ of first minimising the importance of an individual, then, ‘when word comes from Moscow, accuse him of whatever crime is handiest’. He went on to say that: ‘In every case where a Soviet official has had the courage to tell the truth about Russia and ipso facto refuses to return to the USSR, it is suddenly discovered that the man is wanted for various crimes.’

On 27 May 2015, UK Senior District Judge Howard Riddle discharged Igor Kononko from an extradition request by Russia. He found that, if extradited, Kononko would be at risk of facing a flagrantly unfair trial in Russia because of improper influence by the government of Kazakhstan. The facts of this extraordinary case serve as a reminder that extradition is still used as a political tool by those who hold power in commonwealth of independence (CIS) states.

The background to the request was an allegation by Kazakhstan that Mukhtar Ablyazov, a former opposition leader there, defrauded the BTA Bank in Kazakhstan of the unusually large figure of $4bn. His team says that this comes about as a result of his opposition to president Nursultan Nazarbayev, and it is right that for some years he did pose a threat to Nazarbayev’s grip on power in the post-Soviet nation. Konono is a former colleague of Ablyazov.

In the last few years, Kazakhstan has been seeking to come to extradition arrangements with EU member states. So far, it has successfully negotiated a treaty with Spain, however, given its horrendous human rights record, very few countries have extradition arrangements with it. Its international reputation has not improved in spite of it having employed Tony and Cherie Blair to promote its interests. No doubt as a result of these difficulties the Kazakh government has sought to use its close political and economic CIS allies, Ukraine and Russia, to assist it. Through political manoeuvring, Kazakhstan convinced both Ukraine and Russia to prosecute the BTA case as its proxy.

The request for Ablyazov also included a number of other persons, some of them with only the most tenuous of connections to Ablyazov. One of these persons was Kononko. Despite the fact that he had very limited involvement with Ablyazov, he was sought in turn by the Ukrainian and Russian authorities at the behest of Kazakhstan. There has not been a more extraordinary extradition case.

In 2014, the UK High Court found that the Ukrainian attempt to extradite Kononko should be discharged because those seeking his extradition had fabricated evidence against him (not to mention the risk of an unfair trial and torture should he be extradited). Proof of the fabrication of evidence came about only through the leaking of emails to a Ukrainian website.

In the Russian extradition proceedings, a large number of emails of Kazakh officials were also leaked. The emails showed behaviour that would not be out of place in a spy novel. They show the operation of a Kazakh foreign agent Shakizat Amzeev in Russia, who has spent the last few years influencing the Russian courts and prosecutors and arranging meetings between presidents Putin and Nazarbayev. He reports to the presidential administration of Kazakhstan, and it seems arranged ‘awareness-raising work’ on co-defendants, a possible thinly veiled reference to torture.

The Konoko case is part of a worldwide campaign of intimidation of those with even the remotest of connections with Ablyazov. In recognition of this disturbing campaign, the UK, Czech Republic, Austria, Spain and Italy have granted asylum to associates of Ablyazov. In 2013 the Kazakhs managed to kidnap Ablyazov’s wife and six-year-old daughter in Italy and render them to Kazakhstan. The discovery that Kazakh officials had received assistance from Italian officials caused an uproar in Italy and led to the resignation of the Italian interior minister’s chief of staff.

The leaked emails show that the Kazakhs also had to bribe Russian officials and did so in ways that seem particularly Soviet to Western eyes.

Amzeev, for example, arranged for the Russian investigator, Nikolai Budilo, to be presented with a ceremonial gun by the president of Kazakhstan to win favour and keep the prosecution on track – not that Budilo needed much persuasion: he is a member of the infamous Magnitsky list and is prohibited from entering the US or EU because of his alleged involvement in the murder of Sergei Magnitsky.

Kononko’s case is the latest in a long line of extradition requests by Russia to the UK which have been discharged. From the 1940s, to, more recently, Boris Berezovsky and Bill Browder, the CIS states have sought to manipulate the extradition process in order to persecute opponents.

Kononko’s case is a reminder that Russia and Kazakhstan will go to almost any lengths to try and mislead the courts to pursue their own aims.