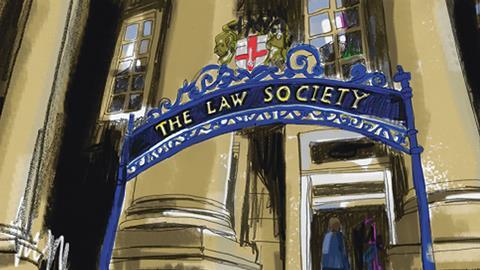 Influencing: Behind the scenes at Chancery Lane

A case study in lobbying legislators

Among its jobs, the Law Society of England and Wales is here to represent the solicitor profession: to government, to media and to wider society, writes David McNeill.

A membership of more than 200,000 has many different views, so being the unifying voice can be a difficult rope to walk, and few recent issues have seen more impassioned debate than the Overseas Operations (Service Personnel and Veterans) Bill, both within and far beyond the Society.

The Society response to the bill is an illustration of how we agree policy positions on contentious issues and how we work to influence the development of legislation.

This bill had the stated aim of addressing vexatious claims against the armed forces and the prosecution of historical offences that occurred in armed conflicts overseas. It initially introduced:

When the government first opened a consultation on the measures that would one day become the bill, the Law Society immediately turned, as we always do, to our expert advisory committees, in this case those specialising in criminal law, human rights and civil justice. At the same time, we invited (and received) views from our wider membership, particularly those with clients who might be affected.

Guided by this range of expertise, our staff policy and public affairs advisers drafted a policy response. This was then approved by the Law Society’s Policy and Regulatory Affairs Committee, which oversees the advisory committees, and became official policy that has been the foundation of all our further work on the bill.

We provided MPs and members of the House of Lords with briefings at each stage of debate, with analysis of the implications of measures in the bill, supporting amendments which achieved our policy goals and suggesting amendments that would go further toward them. We spoke to key influencers in parliament and engaged early with advisers to the shadow defence team.

At the same time, we worked with journalists to secure media coverage – including in the Gazette and Financial Times – of our concerns and recommendations, to inform public debate and influence policymakers.

We polled public opinion and found clear support for our position, with 96% of people saying the UK courts should hold people in the military either to the same or a higher standard as the average citizen – this helped secure media and parliamentary interest.

Much of the Society’s critique of the bill – that the presumption against prosecution represented a quasi-statute of limitations which should not exist at all, but if it must be proceeded with should exclude genocide, war crimes, crimes against humanity and torture; and that the duty to consider derogation was unnecessary and damaging – was borne out in its passage through parliament.

When parliament’s Joint Committee on Human Rights published its report on the bill many of its criticisms and recommendations echoed ours. Other concerns, particularly reputational ones, were cited repeatedly in the House of Lords.

The Lords secured successive government U-turns on issues about which we had lobbied. First, on the duty to consider derogation from the ECHR, which the government dropped; then on removing genocide, torture and crimes against humanity from the presumption against prosecution; and finally on doing the same with war crimes. MPs on both sides of the house spoke passionately against contentious elements of the bill – but the government’s significant majority ensured substantive change had to be forced by the upper house.

The result is a bill that (while far from perfect) is significantly better than originally proposed. Our position, our impact on the legislative process and wider public debate could not have been achieved without the advice of our members that enabled us to reach well-informed, reasoned policy recommendations which, as we know from polling of parliamentarians, command respect.