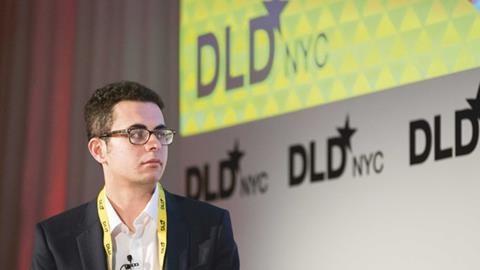 Legal technology: the rise of the chatbots

Businesses are increasingly deploying chatbots to streamline customer service and internal processes. Gartner predicts that by 2020 more than 85% of customer interactions will not include a human being (I do not know whether this assumes that the customer is a human being).

Chatbots emerged in 2016 as the friendly face of artificial intelligence (AI) in business. And in 2017 the march continues as consumer and enterprise messaging platforms open their platforms for chatbot integration, enabling businesses to get ever closer to their customers.

Chatbots make customer services immediately scalable as they bring the ability to handle multiple interactions contemporaneously without the need to employ extra staff. As AI makes them more sophisticated, some chatbots are trained to identify more complex queries and refer them to a human operator. They are also relatively straightforward to build using a third-party AI platform.

Legal chatbots started with access to justice, where they provide a cost-effective and efficient solution that has partially helped to compensate for cuts in legal aid provision, as well as a scalable way to offer new services. This was demonstrated at the first Legal Geek Hackathon where teams of coders were tasked with finding a scalable solution to help Hackney Community Legal Centre handle an exponentially increasing workload on a very limited budget. In joint second place was an AI-powered SMS virtual receptionist, which linked to an online translation engine and helped to support Hackney’s multicultural community.

The best-known example of a chatbot delivering access to justice is Stanford University student Joshua Browder’s DoNotPay, which has overturned more than 200,000 parking fines in London and New York and processed over 3,000 emergency housing applications. DoNotPay uses IBM Watson’s conversation service to gather information from users via a natural language interface.

DoNotPay’s latest chatbot, which operates on the Facebook Messenger platform, helps refugees with immigration applications in the US and Canada, and asylum support applications in the UK. The chatbot asks a series of questions and uses the responses to determine the right application form and whether the refugee is eligible for asylum protection. It then requests the necessary information from the user and auto-fills the appropriate application form. The chatbot automatically deletes user details when the form is submitted.

Unlike the initial two DoNotPay chatbots, Browder chose Facebook Messenger as the platform because it works with almost every mobile device. He says: ‘One of the biggest challenges of developing technology for the most vulnerable is ensuring that that they can access it. Facebook Messenger, with over 1bn users and available across many platforms, seemed the most appropriate choice.’ Browder is hoping to expand the immigration and asylum chatbot to WhatsApp, which is internationally popular and provides end-to-end encryption.

Although the latest chatbot took longer than anticipated to build, as Browder needed to consult lawyers in different jurisdictions, his motivation and ethos remain altruistic. ‘DoNotPay is a pure public service. I have promised never to charge and I intend to keep that promise,’ he says. He is creating bots for charities, including Shelter. On the commercial side, Browder is in discussions with numerous companies about developing tools around pensions, benefits and dealing with sexual harassment in the workplace.

Other access to justice chatbots include LawBot, founded in 2016 by four Cambridge students, Ludwig Bull, Rebecca Agliolo, Nadia Abdul, and Jozef Maruscak, which extends the DoNotPay model to criminal law. LawBot covers 26 criminal offences, but does not claim to give specific legal advice or take a case forward by submitting a letter or application form. Rather, the idea is to help people find out how the law applies to their situation – for example, whether they can press charges for harassment or assault. Like DoNotPay, LawBot takes the user through a series of questions and, if it finds a match for an offence, creates a draft letter that the user can edit if necessary and send to the police or a lawyer to progress the case. LawBot’s AI markup language system understands natural language questions, and will even ask the user to rephrase questions it does not understand.

In February 2017 LawBot expanded beyond criminal law with ‘Divorce Bot’, but the site is now offline until June when, according to co-founder Agliolo, the plan is to relaunch as a messenger bot and expand to further areas of law.

The end of 2016 saw the first commercial legal chatbot, built on the Neota Logic platform, which is used to create code-free apps. AI Tech Support’s Legal Intelligence Support Assistant (LISA), developed by CEO and legal futurist Chrissie Lightfoot, is an online Non-Disclosure Agreement generator which works in a similar way to online chatbots that provide free access to justice. LISA is designed to support entrepreneurs and small businesses who may not be able to consult a lawyer. One of LISA’s key attributes is impartiality, which means that it is able to represent both sides of a case, which would present a conflict of interest for a human lawyer or law firm.

While consumer and enterprise technology has seen an explosion in voice-activated assistants, until now legal chatbots and AI assistants have been text-based. But perhaps this is about to change.

In April, business intelligence (BI) and analytics company Helm360 will launch Termi, a voice-activated chatbot built on Microsoft’s cognitive services platform, that interrogates Thomson Reuters Elite legal practice management systems via Skype, Microsoft Team or a web browser. As Bim Dave, executive vice-president, products and services, explains, Termi will enable lawyers and managers to interrogate the firm’s BI dashboard and request billing and other management information using natural language via any desktop or mobile messaging platform. Termi is a dedicated voice-activated tool that appears on the screen as an avatar. It is designed to turn management information into actionable content, ‘remove complexity and give users mobile access to relevant information without logging into multiple platforms’, adds Dave, who eventually plans to build it into a proactive bot that delivers information that is tailored to each user.

Termi promises to be different because it is a voice-activated virtual assistant, more like a Siri or Amazon Alexa, for client and management information; and it expedites internal processes rather than client services. Termi could be a glimpse into the future law firm’s business support teams, which could include cognitive workers similar to IPSoft’s Amelia, which acts as a service desk agent at SEB bank and works in customer service at Enfield Council.

The conversation continues around robots replacing lawyers. For some AI developers, it is part of the strategic plan. ‘Many lawyers are charging hundreds of pounds for doing very little,’ Browder says. ‘I hope DoNotPay can gradually replace them.’ However, it is unlikely that anyone is appointing a lawyer to challenge a parking ticket, and the other two DoNotPay bots are designed to help vulnerable people. For others, it is about using automation to streamline and augment legal services as AI moves into the enterprise space.

The exponential development and take-up of legal AI has moved the discussion from robot lawyers to considering which roles will be replaced by the narrow AI tools that law firms are currently deploying. I recently attended a discussion on whether AI would replace professional support lawyers. The consensus was that contract analysis and legal research tools – alongside specific AI knowledge management tools – meant that repetitive and volume tasks would be automated. Knowledge management professionals would thus be left with a more strategic role around curating and managing know-how and precedents. At Thomson Reuters KM Forum, Emily Foges, CEO of AI due diligence tool Luminance, suggested that automation would encourage the current pyramid-shaped law firm management to evolve into a diamond shape, with fewer trainees and support staff, but the same number of partners and managers. Participants in that discussion agreed that automating repetitive due diligence, compliance and research tasks would have consequences for both business support roles and on-the-job training.

In the last few weeks, I have met several law firm heads of innovation and others with innovation in their job title. The rationale is clear. As one roundtable participant said, there is general acceptance that AI’s ability to handle large volumes of data saves time and resources. Consequently, law firm clients are attracted to firms that promote their AI and cutting-edge tech credentials, even when their instructions do not require the use of any of these technologies. In many ways, this validates the focus on law firm innovation as a business development tool.

I noticed another association between innovation and disruption. For example, a successful ABS’s website proudly cites instances of its brand being associated with ‘innovation and disruption’. But disruption is not necessarily a good thing, although it drives and accelerates change. Is legal technology leading to a genuine renaissance in the legal services market, or is it accelerating the decomposition that Richard Susskind predicted in 2010? Obviously, we are not seeing the ‘end of lawyers’, but we are seeing decomposition, with familiar legal brands disappearing into international mergers, and diversification with the rise of multiple new tech-powered legal models.

At the same time, consultants are attempting to advise firms on how to ‘future-proof’ their business. But it is impossible to future-proof your business against innovation – or disruption – given the unpredictable shape and performance of the future legal market.