Out of step on third-party funding

Third-party litigation funding remains illegal in Ireland following a ruling by the country’s Supreme Court confirming that the old common law rules against maintenance and champerty stay in force.

The case, Persona Digital Telephony and another v the Minister for Public Enterprise and another, concerned the award of Ireland’s second mobile licence in 1995 to Esat, a group controlled by Denis O’Brien (pictured), a high-profile figure in Irish business. 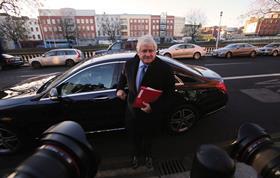 The plaintiff was a losing bidder for the licence. The O’Brien link ensured that the Persona case attracted plenty of attention. However, lawyers are focused on the law itself, which leaves Ireland out of step with international trends and trading partners such as the US and UK. It is a potential obstacle to the country’s plans to sell itself as a jurisdiction of choice for international trade and transactions.

Brian O’Gorman, managing partner at Dublin firm Arthur Cox, questions whether the country can allow this situation to persist. ‘I think we’re unlikely to resist international trends forever,’ he says. Others agree – a note on the judgment from another Irish firm, Dillon Eustace, also argues that the situation cannot persist indefinitely.

Change requires legislation but in its absence, one of the five judges in the hearing, Justice Frank Clarke, indicated that the courts could step in if a failure to pass the necessary law denied access to the legal system, a right that the Irish constitution guarantees. If this were the case, the court could strike down the law, paving the way for third-party funding. However, as the Persona case was not taken on constitutional grounds Justice Clarke said that this was an issue for a ‘another day’.

The old common law rules were meant to prevent abuse. Lawyers say that modern funders are unlikely to back worthless cases. A more relevant concern is the risk that financiers could bid to influence those they support by, for example, pressuring plaintiffs to settle quickly to guarantee a return, rather than allowing them to pursue their case to its conclusion.

Barrister Matthew Holmes suggests in an article in Ireland’s Law Society Gazette, the journal of the solicitors’ professional body in Ireland, that legislation could make it an offence for backers to influence a case’s progress or a decision to settle.

Either legislation permitting funding, or an Irish Supreme Court ruling declaring the law contrary to the country’s constitution, are a long way off. In the meantime, the country is left with an old-fashioned common law rule that practitioners say leaves it at a potential disadvantage.