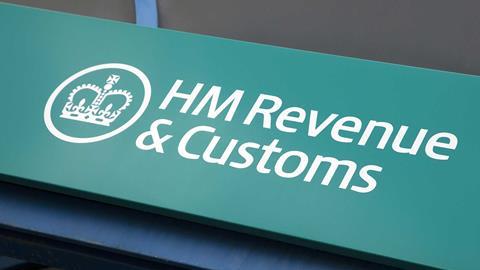 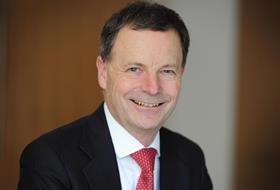 The government released draft legislation on 20 July 2021 outlining how they intend to change the rules for taxing partners where their firm does not have a 31 March year-end. (HMRC accepts that 31 March can be taken as being coterminous with 5 April – the tax year-end date – and the legislation will also make this clear.)

The proposal is that the transition will take place in the 2022/23 tax year, with the initial tax payment impact in most cases being on 31 January 2024.

Let me illustrate with a partner in a firm with a 30 April year-end date, or indeed a sole practitioner with the same annual accounting date.

Under the current rules for 2021/22, that partner will be taxed on their share of profits for the accounting year to 30 April 2021.

The more complicated year will be the transition in 2022/23. In this tax year, the partner will be assessed to tax on the profits of the accounting year to 30 April 2022 to which will be added 11 months’ worth of the profits of the accounting year to 30 April 2023. From this total will be deducted the partner’s ‘overlap profits’, which will date back to when they first became a partner. For many, the aggregate of all this will be that they are assessed to tax in 2022/23 on more than one year’s worth of profits. It is proposed that the tax on this excess can be spread over five years if one wishes.

Why is this happening?

Well, it will simplify the tax legislation and will mean the end of ‘overlap profits’ (the profits assessed to tax two years running in the early days of one’s partnership where the firm does not have a 31 March accounting date). Overlap profits are a mystery to most, and HMRC points out that many overlook claiming relief for their overlap profits on retirement under the current rules, or have not maintained the records to claim the correct amount.

The real driver for this though, and the reason for the rushed timescale, is Making Tax Digital (MTD), the ongoing government programme of introducing (almost) ‘real time’ reporting of profits electronically to HMRC. MTD is due to apply to income tax on profits of the self-employed (including partners) from 2023/24 onwards.

HMRC has been finding the existing tax rules difficult to build into the reporting framework for reporting with MTD, and especially for partnerships.

Simply put, HMRC believes the proposed changes are needed to enable MTD to be implemented on time, and the government wants the UK to be at the forefront of having a fully digital tax reporting regime.

So, in my view, the consultation being undertaken by HMRC (the deadline for feedback on this fundamental reform is 31 August) is really focused on the detail of the implementation rather than the underlying principle of the proposed change.

The changes will mean that the current delay in taxing profits where a non-31 March year-end is in place will unwind in the 2022/23 tax year, resulting in a catchup in the settlement of tax liabilities with HMRC on 31 January 2024 (though the impact may be softened by the spreading opportunity).

Firms that maintain tax reserves for partners, and which do not have a 31 March year-end, will need to build this additional outflow of tax into their cashflow forecasts. They will also need to plan for lower tax reserves being held in the future.

As tax reserves are a soft form of working capital finance from partners, the permanent reduction of those reserves will mean that affected firms will need to consider a capital call on partners to replace the lost tax reserves, or to defer profit distributions to partners.

Those who have a 31 March year-end will find that their tax return reporting will be easier.

Some firms have historically adopted a 30 April year-end date to benefit from the inherent tax deferral on rising profits within the current regime. Without that benefit, they might consider changing to a 31 March accounting date.

If they do, but wish to take advantage of the spreading option on the additional tax that will arise on this change, then under the proposals as drafted they would change their year-end at 31 March 2024 rather than 31 March 2023.

Clearly we will all need to keep an eye on how these proposal progress in the autumn, as we expect the final legislation to be published alongside the budget just before Christmas – what a present to look forward to.

Louis Baker is head of professional practices at Crowe, London