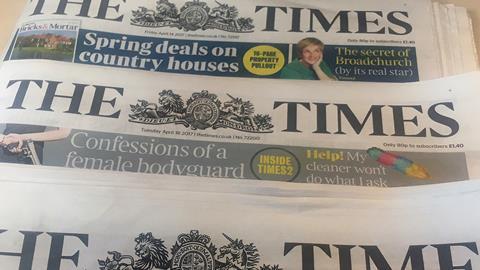 Where the court was satisfied that the right to private and family life under article 8 of the European Convention on Human Rights was engaged, that right had to be balanced against a public interest in freedom of the press, as protected by article 10 of the Convention. Applying those principles, the Supreme Court dismissed the appellant’s appeal against the Court of Appeal, Civil Division’s decision rejecting his appeal against the decision not to grant an interim injunction to restrain publication of any information that might identify him in circumstances where he had been arrested in relation to charges involving the sexual abuse of children, but had never been charged with any offence.

In March 2012, nine men were arrested by Thames Valley Police after a long-running investigation. They were tried on an indictment charging rape and conspiracy to rape children, trafficking and child prostitution. Following the trial, seven of the men were convicted.

The appellant, who had been referred to in the proceedings as PNM, was a prominent figure in the Oxford area. He had been arrested at about the same time as the nine men and had been released on bail. The reason for his arrest was that one of the complainants (the complainant) had told the police that she had been abused by a man with the same, very common, first name. However, she had failed to pick him out at an identity parade. He was later told by the police that he would be released from arrest without charge but that the case would be kept under review. That remained the position. Police investigations continued, but the appellant had never been charged with any offence, and there was no reason to believe that he ever would be.

At a preliminary hearing before the magistrates shortly after the appellant’s arrest, an injunction was granted under section 4(2) of the Contempt of Court Act 1981 (the section 4(2) order). That order prohibited the disclosure of any information which might identify the appellant as the subject of pending criminal proceedings until such time as he was charged with an offence.

At the trial, on 25 January 2013, immediately before the complainant was due to give evidence, the appellant successfully applied for a further order under section 4(2) of the Act. After the complainant had finished giving evidence, the judge varied the order of 25 January so as to prohibit the publication of any report which had referred to evidence which might identify or tend to identify the appellant until a decision had been made as to whether or not to charge him.

There were three applications to lift the section 4(2) order. The first two were unsuccessful. Following the third application, the judge circulated a draft ruling stating that he proposed to lift the order. However, he never formally did so, presumably because the matter moved to the High Court.

In October, immediately after receiving the judge’s draft ruling, the appellant applied to the High Court for an interim injunction restraining publication of any information liable to identify him. The basis of the application was that the order was necessary to protect him against the misuse of private information and the infringement of his right to private and family life protected by article 8 of the European Convention on Human Rights. The judge dismissed the application (see [2013] All ER (D) 03 (Nov)). The Court of Appeal, Civil Division, dismissed the appeal (see [2014] All ER (D) 81 (Aug)). The appellant appealed to the Supreme Court.

Whether matters exposed at a public criminal trial could be reported in the media.

It had been recognised for many years that press reporting of legal proceedings was an extension of the concept of open justice, and was inseparable from it (see [16] of the judgment).

The limits on permissible reporting of public legal proceedings were set by the law of contempt, the law of defamation and the law protecting rights under the Convention (see [16], [17] of the judgment).

With regard to the Convention, once the court was satisfied that the right to private and family life was engaged, it had to be balanced against a public interest in freedom of the press, as protected by article 10 of the Convention. That balancing exercise was fact-specific rather than being dependent on any priori hierarchy of rights. Where the court was satisfied that there was a real public interest in publication, that practice had generally extended to publication of the name. That was because the anonymised reporting of issues of legitimate public concern were less likely to interest the public and therefore to provoke discussion (see [22], [23], [29] of the judgment).

In the present case, the High Court judge had committed no error of law, and his conclusion was one that he had been entitled to reach.

First, the appellant’s application was to prohibit the reporting, however fair or accurate, of certain matters which had been discussed at a public trial. Those were not matters in respect of which the appellant could have had any reasonable expectation of privacy.

Second, the appellant was entitled to rely on the impact which publication would have on his relations with his family and their relations with the community in which he lived. That impact could not be underestimated. However, the collateral impact that that process had on those affected was part of the price to be paid for open justice and the freedom of the press to report fairly and accurately on judicial proceedings held in public.

Third, the impact on the appellant’s family life was indirect and incidental. The appellant was seeking to restrain reporting of the proceedings in order to protect his reputation. There was no reasonable expectation of privacy in relation to proceedings in open court.

Fourth, the possibility of a pre-emptive injunction in a case where the information had been private or there had been no sufficiently substantial public interest in publication could not be ruled out. However, in relation to the reporting of public court proceedings such cases were likely to be rare. The present case was clearly not such a case. The sexual abuse of children, especially on an organised basis, was a subject of great public concern.

Finally, as to the question whether the public interest extended to the appellant’s identity, the policy which permitted media reporting of judicial proceedings did not depend on the person adversely affected by the publicity being a participant in the proceedings. The appellant’s identity was not a peripheral or irrelevant feature of the present particular story (see [34] of the judgment).

The anonymity order made by the Supreme Court on 17 January 2017 under section 4(2) of the Act would be revoked and the appellant could be referred to in the title of the proceedings by his name (see [36] of the judgment).