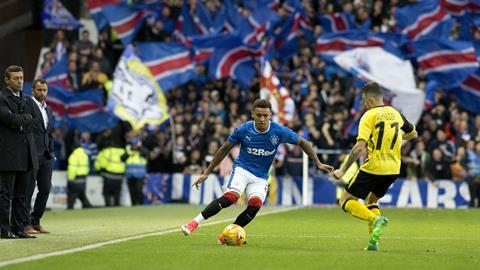 In proceedings concerning a tax avoidance scheme by which employers paid remuneration to their employees through an employees’ remuneration trust (consisting of a principal trust and sub-trusts), it was not necessary that the employee himself should receive, or at least be entitled to receive, the remuneration for his work in order for that reward to amount to taxable emoluments. Accordingly, the Supreme Court, in dismissing the appellant’s appeal, held that payments made to the principal trust should have been subject to deduction of income tax.

When RFC negotiated the engagement of a footballer, it would explain the mechanism of creating a sub-trust in the name of the employee and the benefits which the trust mechanism would give. In particular, the prospective employee could obtain a loan of the sum paid to the sub-trust from its trustee, which would be greater than the payment net of tax deducted under PAYE if he were to be paid through RFC’s payroll. The trust fund would be held for the benefit of the beneficiaries of the sub-trust, being specified members of the footballer’s family. On the footballer’s death, the loans and interest would be repayable out of his estate, thus, reducing its value for inheritance tax purposes. RFC used the same mechanisms to pay discretionary annual bonuses to employees other than the footballers that RFC employed.

The Revenue and Customs Commissioners (the Revenue) determined that RFC had failed to pay income tax and national insurance contributions (NICs) on the sums paid to the trusts as remuneration. The First-tier Tribunal (Tax Chamber) (the FTT) held that the scheme was effective in avoiding liability to income tax and NICs because the employees had only received a loan of the moneys paid to the trusts. The Upper Tribunal (Tax and Chancery Chamber) upheld the FTT’s decision. The respondent Advocate General for Scotland, on behalf of the Revenue, appealed to the Inner House of the Court of Session. In allowing the appeal, the Inner House held that income derived from an employee’s work was assessable to income tax, even if the employee agreed that it be redirected to a third party. RFC appealed.

Whether it was necessary that the employee himself should receive, or at least be entitled to receive, the remuneration for his work in order for that reward to amount to taxable emoluments.

As a general rule, the charge to tax on employment income extended to money that the employee was entitled to have paid as his remuneration, whether it was paid to the employee or a third party. The relevant tax legislation did not require that the employee receive the money; a third party, including a trustee, might receive it. Further, there was no basis for establishing a general rule or principle that a payment was made for the purposes of PAYE only if the money was paid to or, at least, placed unreservedly at the disposal of the employee (see [41], [54], [58] of the judgment).

The relevant legislative provisions for the taxation of emoluments or earnings had been, and were, drafted in deliberately wide terms to bring within the tax charge money paid as a reward for an employee’s work. The present scheme had been designed to give each footballer access without delay to the money paid into the principal trust, if he had so wished, and to provide that the money, if then extant, would ultimately pass to the members of his family whom he had nominated. Accordingly, the sums paid to the trustee of the principal trust for a footballer had constituted his emoluments or earnings.

Decision of Inner House of the Court of Session [2015] CSIH 77 affirmed.