The local authority in Bolton gave no ‘clear rationale’ for rushing through a controversial £300,000 grant to the now defunct personal injury firm Asons Solicitors, an audit  has concluded.

In a long awaited report published today, professional services firm KPMG said the council had documented no reason for such urgency in making the grant, or why the council resorted to its emergency powers procedure to approve it.

Last year, Bolton Council handed the cash to Asons in what it said was a grant to help the firm refurbish new offices.

However, the decision attracted strong criticism from opposition councillors and local law firms who were angry that it was put through under the emergency procedure, which meant the decision escaped full scrutiny. According to Bolton Council’s constitution, the procedure is used so that the authority’s council leader can take ‘any action on behalf of the council in any cases of urgency’.

At the end of last year council leader Cliff Morris, having faced calls to resign over the grant, said he had asked KPMG to carry out a full audit into its grant making procedure which he said would ‘provide transparency’.

In the months after the grant was handed out it soon became apparent that the firm was in financial difficulty. In March this year the Solicitors Regulation Authority intervened into it and later shut down its successor Coops Law.

Focussing on the grant, the report also found that;

However, the report notes that despite concerns about the emergency powers procedure the ‘legality and appropriateness’ of the decision itself was not in question. It added that there was no wider concern about the grant-awarding process and that, having tested the process for other grants, the issues surrounding the Asons grant were ‘isolated’. 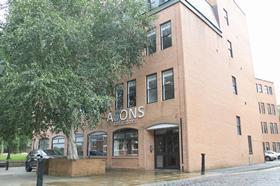 ’Given the response of the council and the fact that there has been no financial loss to the public [the grant was repaid in full after the firm was shut down] — there is no reason for us to exercise any of our wider powers,’ the report said.

The report will be discussed at the council’s next audit committee meeting on 19 September.

Margaret Asquith, chief executive of Bolton Council said: 'We are pleased that the audit has found that the council took properly informed decisions and deployed our resources to achieve sustainable outcomes for local people. The audit also found that all decisions made around the award of the Asons grant and all other grants examined were legal and appropriate.

'However, we recognise that there were some issues around the council’s use of emergency powers and due diligence and monitoring and we have already introduced new procedures to address these issues.'