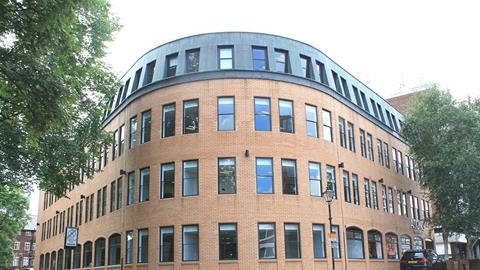 Bolton council has backed a decision to award a law firm £300,000 in a ‘secret grant’ under the council’s emergency powers procedure.

The leader of the council, Cliff Morris, faced resignation calls during a fiery meeting at Bolton’s Town Hall on Wednesday night, much of which focused on the grant made to personal injury firm Asons Solicitors.

Morris faced angry calls from outside the town hall and the public gallery before and during the meeting. Protesters repeatedly shouted 'out, out, out’ and ‘resign’ from the gallery before staging a walk-out half way through the meeting.

Morris stated his intention early on, telling the chamber: ’I won’t be resigning, I have done nothing wrong.’

The meeting hinged on a motion put forward by David Greenhalgh, leader of the Conservative opposition, calling on councillors to state by name whether they agreed with the grant to Asons.

Morris faced tough questions throughout, including by Greenhalgh, who said the timing of events surrounding the grant did not add up. He called attention to Land Registry documents showing that Asons purchased its new premises in Newspaper House (pictured) in March for £902,000.

Greenhalgh went on to say the refurbishment work was completed on the building in September. ‘Why then, the need for emergency funding, soon after?’ he added. ‘Were Asons really demanding £300,000 to stay in the town?’ he asked.

Morris said that the negotiations with Asons started nine months before the firm moved its premises.

Greenhalgh went on to ask whether any ‘personal friendships’ existed between Asons and anyone in the ruling Labour group.

Morris accused Greenhalgh of using Asons to ‘distract from the real issue’, which he claimed was an internal leadership bid. In an angry exchange he rejected Greenhalgh’s claim that he wasn’t made aware of the grant and said: ‘I’ve had to put up with your crap because you don’t check your emails’.

Roger Hayes, Liberal Democrat leader, asked why the decision was taken to favour Asons over other law firms in the city and at a time when ‘cuts are being made to public services’.

Morris went on to speak about other businesses that had been approached and helped by Bolton Council in the past.

Bob Allen, Conservative, asked whether due diligence was carried out into Asons’ accounts and said the council should have been aware that the government was planning changes to the 'cash for crash' industry.

Morris referred to the independent audit being carried out by the council which he said would provide full transparency.