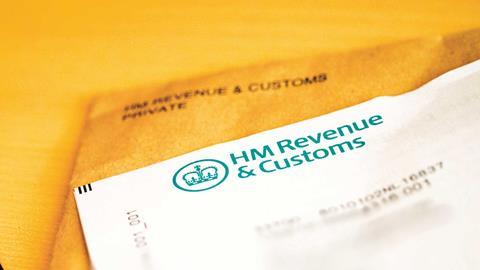 The Bolton law firm at the centre of an escalating row over a ‘secret’ £300,000 council grant has been locked in dispute with the taxman over a demand for £300,000. The HM Revenue & Customs claim against personal injury outfit Asons Solicitors has come to light as Bolton council’s ruling Labour group comes under increasing pressure over the grant, with at least one Tory councillor demanding the resignation of council leader Cliff Morris.

The dispute is disclosed in the notes to Asons’ 2015 accounts, which show the firm lost more than £1m in the year to May last year. The note reads: 'A contingent liability exists in relation to PAYE/NIC due if HMRC are successful in their claim that previous profit extractions are chargeable as earnings from employment. The amount potentially payable is estimated to be £300,000 and is currently being challenged.’

The Gazette has put questions to Bolton Council about the grant (see below), the award of which has angered other law firms in the town. There is no evidence linking the £300,000 dispute referred to in the accounts with the same sum handed to Asons for building development work in connection with the firm’s move to new offices at Newspaper House in Bolton’s Churchgate.

According to the Manchester Evening News, the new accommodation boasts a pool table, newly fitted kitchens with all modern conveniences, a football table, a Samsung smart TV in every room and rooftop lounge garden for future barbecues. 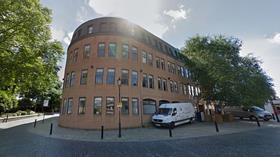 It emerged today that Bolton’s Labour councillors will be asked to state publicly whether they agree with a decision to award the £300,000 grant to Asons. The meeting at which the grant was approved was closed to the press and the public. A motion put forward for the council’s next full meeting on 30 November by Conservative leader David Greenhalgh will ask for a named vote.

The motion will state: 'This council disagrees and disapproves with (sic) the decision made by the leader of this council, made under Emergency Powers, to award a grant of £300,000 to Asons Solicitors towards refurbishment and occupation of their offices at 40 Churchgate, and agrees to issue a public statement to the residents of Bolton stating thus.’

Fellow Tory councillor Bob Allen has called for the resignation of council leader Cliff Morris in a letter to today’s Bolton News.

In a statement to the Gazette yesterday, Bolton council said its investment will be repaid through Asons’ business rates, which it estimates to be more than £460,000, and the return of £10m to the local economy over the next five years. But it is unclear whether the council awarded the grant in full knowledge of the government’s year-old pledge to raise the small claims limit - confirmed last week - which Asons identified as a key business risk in its accounts.

The sole director and shareholder of Asons Solicitors Ltd is solicitor Kamran Akram, admitted in 2005. The company’s accounts also show that in 2014/15 Asons purchased goods and services of £2.1m from Yourclaimlawyer Ltd, whose sole shareholder is Irfan Akram, 37, a sibling of Kamran Akram. Asons’ CEO is Dr Imran Akram (pictured top, with the madam mayor of Bolton). The transactions were undertaken on an arm's-length basis.

The notes to the accounts also disclose prior-year adjustments relating to accounting policies following a review of business processes. These resulted in:

Asons’ accounts were given a clean bill of health by its auditor, Grant Thornton. Grant Thornton resigned as auditor of the company on 7 October this year.

A spokesperson for Asons Solicitors told the Gazette it is preparing a media statement which will 'set the record straight’, but cannot yet answer specific questions.

The Gazette’s questions for Bolton council are:

1) Before approving the grant to Asons Solicitors, was the council provided with a copy of the company’s 2014/15 accounts, filed at Companies House in May 2016? These show that the company was in dispute with HMRC over a tax claim for £300,000 (note 26).

3) Can you confirm the grant to Asons, reported to be £300k, was made to help pay for its office move?

4) If it was, does the council consider it appropriate to spend taxpayers’ money on a new office which (according to the Manchester Evening News, 1 August) boasts a pool table, newly fitted kitchens, a football table, a Samsung Smart TV in every room, a faith room, and a rooftop lounge garden for barbecues?

5) What does the council say to law firms in the local area who compete for business with Asons but are not in receipt of such municipal largesse?

6) Was the council aware when the grant was awarded that the government already planned to raise the small claims limit for personal injury five-fold (autumn statement, 2015) which is identified as a key business risk in Asons’ accounts in terms of its future as a business?