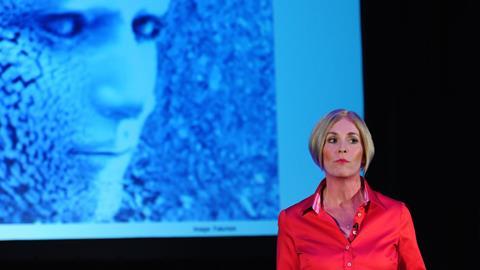 Call for legislation to govern AI

The artificial intelligence algorithms which increasingly make decisions about our daily lives operate outside the rule of law, the incoming vice president of the Law Society warned last night. Christina Blacklaws, director of innovation at south-east England firm Cripps, said that algorithms influence public opinions, markets and - in the US - judicial decisions. ’Yet, at the moment we have nothing: no legal framework into which algorithms fit neatly and no enforcement mechanism. It’s reasonable to conclude that we do need something in this space.’

Blacklaws was speaking at the Law Society’s London Technology Week event, ’Does your machine mind?’ to discuss the ethics of artificial intelligence (AI) and the role of lawyers.

The emergence of artificial intelligence poses some fundamental questions, she said.

’AI and algorithms are evolving much faster than the law,’ Blacklaws said, ’We have to play catch-up.’ She called on lawyers to ’come together, scan the horizon, think ahead of the unintended consequences and support law makers and the judiciary by putting forward ideas for the best legal response.’

However, another speaker at the event, Roger Bickerstaff, partner at international firm Bird & Bird cautioned against a rush to legislate. 'We don't want to close [AI] down,' he said. The law should promote transparency of algorithms to open them to scrutiny rather than 'arcane legal rules'. Existing measures such as the Equality Act and product liability legislation already regulate algorithm-driven products, he said. Any attempt to create legislation specific to AI might repeat what he described as the 'nightmare' of the 1996 EU database directive.

Meanwhile Sylvie Delacroix, of the Centre for Ethics and Law, University College London, told the event that there was no question that artificial intelligence would eventually be capable of replacing professional roles. 'The question is whether that is desirable.' A show of hands vote at the fully booked event suggested the audience's opinion was equally divided.

One-day conference focusing on cyber security, digital regulation and emerging technologies affecting the legal sector. Register your place on or before Friday 25 August and save £50 on the full conference price.  More information >>