The High Court today began hearing a dispute over legal aid reforms, which the Law Society says will amount to as much as a 37% fee cut for practitioners.

Under reforms to the litigators' graduated fee scheme (LGFS), which remunerates litigators for Crown court work, the Ministry of Justice has capped the number of claimable pages of prosecution evidence (PPE) at 6,000 rather than 10,000.

Blackstone Chambers' Dinah Rose QC, representing the Law Society, told Lord Justice Leggatt and Mrs Justice Carr DBE this morning that the effect is to reduce 'significantly' the maximum fee that can be paid under the scheme. 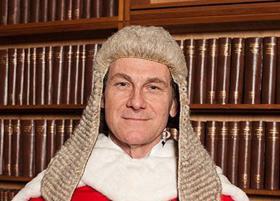 Rose pointed out that cases of between 40-60 days' length, which fell under a very high cost cases (VHCC) scheme, now fell under the graduated fee scheme. Even though they represent 2% of Crown court cases under the LGFS they represent 24% of the value under the scheme. 'At no point does the lord chancellor ask in the analysis what that 2% is worth,' Rose said.

She added that changes to the way the Crown Prosecution Service serves evidence also created a 'lacuna' in the scheme. Over time, evidence has increasingly been served electronically.

Rose told the court that evidence generated electronically is frequently the central material on which the prosecution is built and material which has to be 'analysed and considered with great care' by the defence.

Under the amended scheme, the Legal Aid Agency has discretion - based on case law and government guidance - over whether to pay certain electronic evidence as PPE. 'There is nothing in the regulations or guidance that requires PPE to be paid for electronic evidence of peripheral relevance or that can simply be electronically searched by the defence,' she added.

The government announced its controversial LGFS consultation 'out of the blue' and 'with no warning' in January 2017. 'Before the lord chancellor could lawfully decide to fundamentally change the scheme, he had to have at least some evidence that the rise in PPE didn't reflect an equivalent rise in the workload of providers,' she said.