The High Court has thrown out an extraordinary group litigation involving thousands of Brazilian claimants after finding the action to be an abuse of process.

Mr Justice Turner agreed with the defendants in Municipio De Mariana & Ors v BHP Group Plc & Anor after finding the English court could not handle such a disparate and unmanageable case involving so many claimants. Instead proceedings already underway in Brazil should continue without claimants potentially being liable for 30% of their damages in solicitor success fees.

The case is the largest group claim in English legal history, worth an estimated £5bn. It follows the collapse of the Fundao dam in south eastern Brazil which killed 19 people and obliterated villages in its path. The case was brought by PGMBM, a trading name of Excello Law Limited, on behalf of 202,600 individual, corporate and institutional claimants against two companies, incorporated in the UK and Australia. 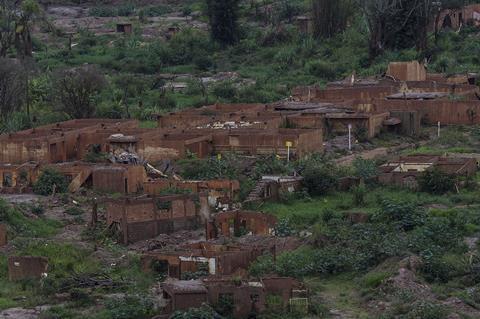 The outcome is obviously a block on the claims proceeding in England but also a blow in general to attempts to hold multinationals to account in the English courts for activities elsewhere.

Turner said the prospect of managing the claims of more than 200,000 claimants where so many were also pursuing compensation in Brazil was ‘alarming’. ‘It can safely be predicted that this unremitting cross-contamination of proceedings would lead to utter chaos in the conduct of litigation in both jurisdictions,’ he added. ‘The task facing the managing judge in England would, I predict, be akin to trying to build a house of cards in a wind tunnel.’

He predicted that, if proceedings were allowed to go forward in England more people would be encouraged to ‘throw in their lot with the existing cohort’. With the claimants’ solicitors having already lost contact with 37,000 initial claimants, the turnover in the case would be impossible to deal with.

The judge said it was ‘simply not good enough’ in group actions to seek to outsource all or most of the responsibility for devising a workable procedural mechanism for resolving claims to the court. Neither should claims proceed on the basis that defendants might resolve the issue through a settlement.

The judge added: I am entirely satisfied that these claims would be not merely challenging but irredeemably unmanageable if allowed to proceed any further in this jurisdiction.

‘Even if… proceedings in England were practicably workable, they would still have a very significantly deleterious impact indeed upon the scarce resources of the English courts.’

He also noted that many of the potential witnesses do not speak English, so litigation in this country would require masses of translated documents, in itself a source of significant delays. Any trial would also require claimants or witnesses to give evidence remotely – which was unlikely to be allowed under Brazilian law – or an English judge flown out to sit in Brazil.

The judge pointed out it was ‘almost a certainty’ that claimants would not achieve full redress in England, as most had to pay their solicitors a 30% success fee out of their damages. In contrast, legal aid was available to fund claims in Brazil with no costs liability.

On the issue of delayed justice, Turner was ‘entirely unpersuaded’ that proceedings in England would be concluded more quickly than in Brazil.The named defendants deny liability.

The dam operator Samarco, as well as companies BHP Brasil and Vale - none of whom was a party to these proceedings - have signed up to an arrangement involving the creation of an entity known as the Renova foundation the purposes of which included, and continue to include, the mitigation of the environmental consequences of the incident and the compensation of individuals (and some small businesses) claiming to have suffered loss and damage as a result of the collapse of the dam. Under the arrangement, it was intended that Renova should provide full redress to all those eligible under the scheme.