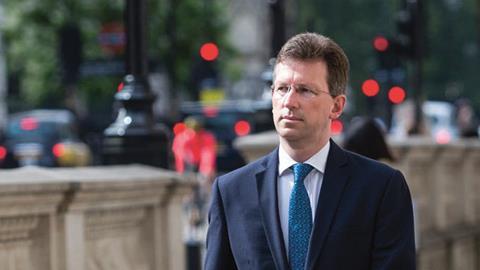 The Serious Fraud Office believes deferred prosecution agreements could work ‘even in the most serious cases of financial misconduct’, reports Max Walters.

White-collar crime is not a topic one would necessarily associate with the rarefied environs of Jesus College, Cambridge. But the college’s annual symposium on economic crime has become a go-to event for lawyers and law enforcement officers.

Now in its 34th year, the week-long symposium hears from experts and practitioners on various topics in the field– from enforcement to policy.

The Gazette attended on 7 September, where tackling money laundering and deferred prosecution agreements were the principal points of discussion.

Matthew Wagstaff, joint head of bribery and corruption at the Serious Fraud Office, said he thought DPAs will be acceptable ‘even in the most serious cases of financial misconduct’ – so long as there is full cooperation from both sides.

In the sights of attendees was the UK’s second DPA, SFO v XYZ.

In July last year, Lord Justice Leveson approved an agreement in a case that centred on bribery and corruption allegations involving a UK subsidiary of a US business.

The business, referred to as XYZ, cannot be named because of ongoing litigation concerning former employees. The case concerned alleged offences carried out between 2004 and 2012. Employees were allegedly involved in the offer and/or payment of bribes to secure contracts in foreign jurisdictions.

Wagstaff said it would be difficult to envisage a situation where a DPA is in the interest of justice without full cooperation. But he added that, provided alleged wrongdoers are willing to cooperate, ‘even the most serious instances can still merit a DPA’.

‘Telling us everything means everything,’ he stressed. ‘If a company identifies a problem or wrongdoing and tells us about it but we, on taking on our own investigation, discover further instances of wrongdoing, then a DPA would not be permitted.’ In many cases, he reflected, the misconduct will run far deeper than the company had anticipated.

Ross Dixon, a solicitor at Hickman and Rose, said more thought needs to be given to individuals involved.

He said: ‘If DPAs become a more common outcome for corporates facing investigation, this increases the likelihood of the employer having to support a prosecution against their erstwhile employee as part of the terms of the agreement they have struck.

‘This gives further cause for individuals to take great care before cooperating with an internal investigation by their company, and highlights the potential for conflict between the two.’

Turning to money laundering, Jeffrey Bryant, a Crown advocate in the proceeds of crime unit at the CPS, said that by speaking to fellow barristers the ‘general sense’ in the UK was that civil recovery is not used enough and that prosecution had been overly relied on. Last month it emerged that City of London Police has taken its first steps to hiring law firms to recover assets from convicted criminals through civil litigation.

Kenneth Murray, head of forensic accountancy at Police Scotland, conceded it was a ‘difficult offence to get a conviction for’.

He said there was a ‘move away’ from the criminal model and that the police force was not seeing the proceeds of crime cases it had done previously.

‘There has been a [reworking] of government priority,’ he said, adding that ‘most countries now have terrorism as priority’.

At the symposium’s outset, attorney general Jeremy Wright (pictured) said the government will consult shortly on plans announced in May to extend the scope of the ‘failure to prevent’ criminal offence beyond tax evasion to include money laundering, false accounting and fraud.

Eversheds special counsel Polly Sprenger said extending the scope of sanctions against ‘failure to prevent’ was a good idea in principle, but noted that three previous attorneys general made similar pledges.

She was not the only sceptic.

Roger Isaacs, a partner at Milsted Langdon, a chartered accountancy firm in Bristol, warned that the new legislation would be ‘virtually worthless’ without additional resources to bring corporate criminals to justice.

He said: ‘In my experience there are a very large number of cases in which there is clear evidence of fraud… but in relation to which the perpetrator of the wrongdoing is not prosecuted due to a lack of resources.

‘If the government was serious about wanting to deter criminals within corporations, its efforts might be more effective if they were focused on taking action against those known to have broken the law as it currently stands rather than introducing yet more legislation.’

Maya Paunrana, a solicitor at Mackrell Turner Garrett in London, stressed the need for action to be appropriate.

‘The government will need to provide targeted and specific guidance as to the new policies that companies will need to have in place,’ she said. ‘While of course change of some form is necessary, the legal mechanism for effecting this change will need to be finely balanced with its potential commercial impact.’