Solicitor under no duty to flag up opponents' mistake, rules CoA

Defendant solicitors who knew service of a claim had been defective – but waited until the claim form expired to flag up the mistake – were under no duty to raise the matter earlier, the Court of Appeal has ruled.

Lady Justice Asplin, ruling in Woodward & Anor v Phoenix Healthcare Distribution Ltd, said there was no ‘technical game playing’ in the case and that the defendant solicitors were not under a duty to warn the other side that its purported service was defective.

The claim, which arose from a contract for the purchase of a drug alleged to be still under patent, is now set aside.

The appellants, through their solicitors, Collyer Bristow, had purported to serve the claim form and particulars of claim on the respondent’s solicitors, Mills & Reeve, by letter and email before the expiry of the issue of the claim form. But, crucially, the claimant solicitors had not confirmed that Mills & Reeve was authorised to accept service (it was not), and it was common ground that this was not good service.

The claim form expired unserved the following day, by which point the limitation period had also expired. Master Bowles, on first instance, agreed the court should exercise its power to validate service retrospectively, saying Mills & Reeve had failed to further the overriding objective with conduct which constituted the ‘deliberate playing of a technical game’. But on appeal, His Honour Judge Hodge QC set aside the claim form and dismissed the action. 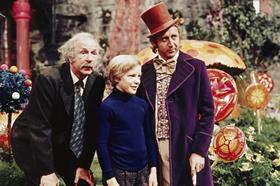 See: Shouldn't lawyers have a duty to flag up opponents' mistakes?

Asplin LJ explained the Master had found that litigants’ duty to the court was more important than the entitlement of a party to litigation to take advantage of an opponent’s mistakes.

But HHJ Hodge stated the Civil Procedure Rules did not require a solicitor to draw attention to an opponent’s mistake, and there was no duty to correct errors even if solicitors knew they had been made. The judge had referred to Lord Sumption’s Supreme Court judgment in Barton where he said solicitors were under no duty to give the claimant advice, nor could they have done so without taking their own client’s advice.

Asplin LJ said Lord Sumption's approach showed there was no scope for saying Mills & Reeve’s conduct was contrary to procedure rules. She added: ‘Lord Sumption made clear that even if there had been time to warn, the defendant’s advisers were under no duty to give advice, they could not have done so without taking instructions and it was inconceivable that they would have been authorised to do so.’