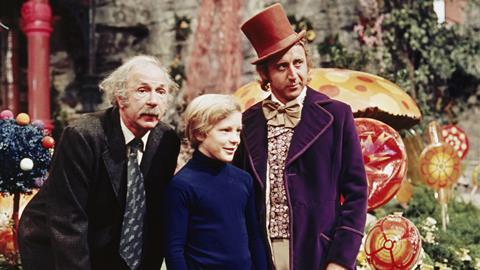 Shouldn't lawyers have a duty to flag up opponents’ mistakes?

Charlie Bucket was a lucky boy at the end of Willy Wonka & the Chocolate Factory. He’d signed the contract, then broken the rules. Wonka told him where to go, before (spoiler alert) rightly having a change of heart.

Wonka had been technically right, I suppose, but it was a mean trick. He’d known for a good hour that Charlie was in breach yet let the boy believe he’d sailed through the process and won the prize.

For the claimant lawyers in Woodward & Anor v Phoenix Healthcare Distribution Ltd, the consequences of their mistake are arguably worse than losing a lifetime supply of chocolate. Their error, namely failing to confirm that the recipient of their claim form was authorised to accept service, has resulted in the Court of Appeal setting aside the action. The disgruntled clients could well make claims of their own against the solicitors.

Mistakes happen, particularly when parties leave it late to submit documents. But what must stick in the throat is the defendant solicitors on the opposite side in Woodward knowing the error was there. According to the judgment, the partner handling the claim satisfied himself that the purported service was ineffective, took the view he didn’t need to notify the claimants, met with his client and took instructions not to flag up the mistake.

The Court of Appeal agreed there was no duty to let the other side know, and backed the defendants’ course of action. As Wonka himself might have said: ‘You get nothing. You lose. Good day sir.’

Was the decision correct? Undoubtedly. Did the defendant firm act within the rules? Definitely. There is no duty in the Civil Procedure Rules on parties to do anything other than help the court to further the overriding objective. Beyond that, you do what you can for the client.

Lawyers I’ve spoken to unanimously agree. All’s fair in love and litigation, they say. You do whatever the rules allow – and getting a claim set chucked out is some result.

But observing as a non-lawyer, these shenanigans are a bad look for the profession. To know the other side has made a mistake, then wait until it’s fatal before flagging it up, is unsporting conduct. If a claim has no merits, you should back yourself to defend it, not exploit loopholes to escape through the back door. Your client will love you for it, but the lasting impression is of lawyers playing games and working the system.

There is no duty to flag up mistakes, but perhaps there should be. Because this doesn’t really feel like justice has been served.