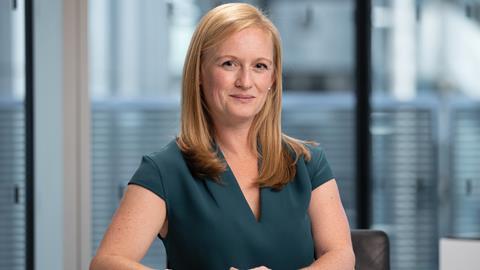 Why is she in the news? Successfully represented insurers in a Commercial Court dispute concerning the loss of Brillante Virtuoso, an oil tanker. Following a 52-day trial, Mr Justice Teare found that the vessel was fraudulently destroyed on the instructions of its owner, Marios Iliopoulos. The ship’s mortgagee, Piraeus Bank, had continued the insurance claim after that of the owner was struck out in 2016, arguing that the cause of loss was among the insured perils.

Thoughts on the case: ‘I joined the team working on this case in 2014 when the investigation was focused on an analysis of the extent of the damage sustained to the vessel. It was, however, already clear that there was an extraordinary story behind the events of 5-6 July 2011 and the loss of the vessel which – according to the owner – was the result of pirates boarding with the intention of hijacking the vessel but then setting fire to it using an incendiary device when their intentions were thwarted. Questions quickly arose and, thanks to the courage of our clients in deciding to pursue the challenging defence of willful misconduct and the hard work of the legal and expert teams, Mr Justice Teare has found the story to be entirely false and instead ruled that the owner was the “instigator of the conspiracy” to set fire to the vessel.’

Dealing with the media: ‘This was a high-profile marine loss with an extremely unusual and interesting background story. This inevitably led to interest which had to be handled carefully given the sensitive nature of the investigations that continued right up to trial. There were also restrictions over information that could be released in respect of an ongoing trial, therefore our press engagement was limited.’

Career high: ‘Winning this case. Achieving a positive outcome was important for our clients (and the marine hull market generally) but also for our team who have – at all levels – dedicated huge amounts of time to the defence of this claim over a prolonged period of time.’

Career low: ‘Being left in the office in my first week as a trainee with sole charge of faxing a claim form to an office in Malaysia. It had to be served that night and I was there until 3am until I realised the fax number I had been given was incorrect.’