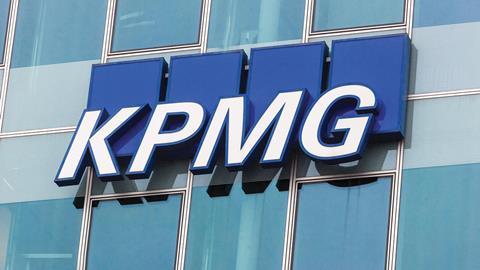 When is a private appointment a matter of public law? In an important case on this issue, R (on the application of Holmcroft Properties Ltd) v KPMG LLP [2018] EWCA Civ 2093, the Court of Appeal recently upheld the Divisional Court’s decision that KPMG was not amenable to judicial review when acting as an independent reviewer, whose appointment by a bank was approved by the Financial Services Authority (referred to here as the Financial Conduct Authority (FCA), the relevant successor body).

Clarifying the law further, the Court of Appeal held that the Divisional Court had focused too narrowly on KPMG’s source of power, without taking a sufficiently wide view of the regulatory position and factual context. 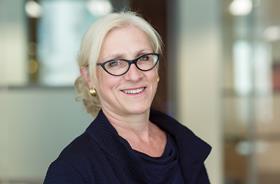 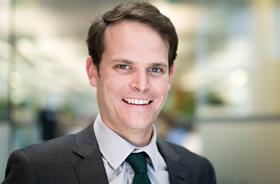 The appellant was a customer of Barclays Bank to which an interest rate hedging product had been mis-sold. Barclays agreed to provide fair compensation to affected customers as part of its customer redress arrangements with the FCA.

Barclays agreed to seek an opinion from a ‘skilled person’, to whom section 166 of the Financial Services and Markets Act 2000 would apply in respect of offers of redress to customers.

KPMG was appointed by Barclays for this purpose, and as independent reviewer to assess whether the offer was appropriate, fair and reasonable. The FCA approved the appointment in exercise of its powers under section 166, enabling it to require reports on the redress arrangements. Barclays’ offer to Holmcroft, which did not include compensation for certain consequential loss, was approved by KPMG.

Holmcroft sought judicial review on the basis that this decision breached KPMG’s duty of fairness. The Divisional Court dismissed the judicial review, finding that KPMG was not amenable to judicial review (and that there had been no unfairness).

A review of the key authorities demonstrated that public law principles can still be applicable even when the relevant decision emanates from contractual arrangements. In R (Datafin plc) v Panel on Takeovers and Mergers [1987] QB 815, the Court of Appeal looked beyond the merely contractual source of the Panel on Takeover and Mergers’ powers to find that it was amenable to judicial review, due to the public duty it was exercising.

In R (Aegon Life) v Insurance Ombudsman Bureau [1994] 1 CLC 88, Lord Justice Christopher Rose set out the principle that a body whose powers are derived from contract may be amenable to judicial review where it is woven into the fabric of public regulation or a system of government control, is integrated into a system of statutory regulation, is a surrogate organ of government, or, but for the body’s existence, a governmental body would assume control.

In R (Beer) v Hampshire Farmers’ Market Ltd [2004] 1 WLR 233, Lord Justice John Dyson suggested a framework for considering the question of amenability: considering the nature of the power and the function that has been exercised, does the decision have a sufficient public element, character or flavour to bring it within the purview of public law?

In Holmcroft, the Divisional Court’s judgment had too narrowly focused on KPMG’s source of power: particularly the origin of the arrangements and power to make the assessment (contractual, albeit the arrangements were furthering the FCA’s statutory objectives), and the fact that the FCA could not itself have done what KPMG was engaged to do.

Arden LJ saw KPMG’s position as part of a wider regulatory context, and did not accept the assessment function was outside the scheme of statutory regulation. The voluntary settlement between Barclays (and other banks) and the FCA was the result of an FCA investigation into mis-selling. The banks’ commitment to fair compensation was policed by the high-level assessments by the skilled person, followed by reporting to the FCA. Factually, too, the FCA required Barclays to grant redress, and engage a skilled person to assess the fairness of offers.

However, ultimately the nature of the scheme was essentially for the pursuit of private rights. Customers’ legal rights were unaffected by the fairness assessment, and the FCA did not require for there to be a complaints process or challenge on public law grounds. Compensation was to be negotiated on private law principles (ie, limitation, heads of recoverable damage and causation) and any agreement was enforceable through the courts without FCA involvement. The FCA’s requirements merely sat alongside a private dispute, and did not change the fundamental private law character of the matter.

This case is a useful reminder that questions of amenability to judicial review turn on function not form: the key issue is the nature of the function in question.

It also emphasises the need to consider the wider regulatory and factual contexts, something the Divisional Court had failed adequately to do (albeit the result in this case was the same).

These points can be difficult to apply in practice, with phrases such as ‘public law flavour’ not always being that helpful; indeed, Dyson LJ in Beer acknowledged that his framework was ‘very broad, not to say question begging’.

Holmcroft highlights the importance of looking at each decision in context and not relying too heavily on the source of the decision-maker’s powers.

Melanie Carter is a partner and head of public and regulatory, and Alistair Williams a solicitor, at Bates Wells Braithwaite