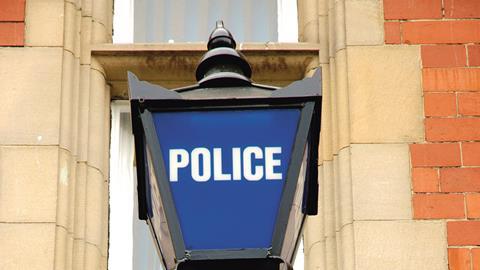 There are new offences, under section 32ZA of the Crime (Sentences) Act 1997 and section 255ZA of the Criminal Justice Act 2003, of remaining unlawfully at large after recall.

Sections 20 to 25 of the Criminal Justice and Courts Act (CJCA) create important new offences in relation to the care of adults and children.

Section 20 creates an either-way offence, carrying five years’ imprisonment on indictment, if an individual who has the care of another individual by virtue of being a care worker ill-treats or wilfully neglects that individual. The person is a care worker if they, as paid work, provide health or social care, including an individual who as paid work supervises or manages individuals providing such care. A person does not do paid work merely by the receipt of expenses or foster parents allowance or other social security benefits.

Distinct from this is the offence under section 21 whereby a ‘care provider’ commits an offence if: an individual who has the care of another individual, by virtue of being part of the care provider’s arrangements, ill-treats or wilfully neglects that individual; the care provider’s activities are managed or organised in a way which amounts to a gross breach of a relevant duty of care owed by the care provider; and, in the absence of the breach, the ill-treatment or wilful neglect would not have occurred or would have been less likely to occur.

There are exclusions in section 22 for local authorities. These matters are triable either way with a fine being the only available penalty, although the court may also make a remedial order or a publicity order.

Section 26 of the CJCA creates a new indictable-only offence, carrying 14 years’ imprisonment, of improper use of police powers. A relevant police constable commits an offence if they exercise the powers and privileges of a constable improperly and know, or ought to know, that the exercise is improper. The offence of misconduct in public office at common law is maintained.

Section 33 creates an either-way offence, carrying two years on indictment, of disclosure of private sexual photographs and films if the disclosure is made without the consent of an individual who appears in the photograph or film and with the intention of causing that individual distress. There are a series of defences available.

Section 15(1)(a) of the Sexual Offences Act 2003 is amended so the offence of grooming will be made out by a single contact with the child prior to the meeting or travel towards the meeting in question.

Section 63 of the Criminal Justice and Immigration Act 2008 is amended to include within the definition of ‘extreme’ pornography photographs of non-consensual penetration of a person’s vagina, anus or mouth.

A series of changes are made to the law in relation to juries. Jury members can be required to surrender electronic communication devices under section 15A of the Juries Act 1974. Under sections 20A-20D of the Juries Act 1974 four new offences are created, triable only on indictment and carrying a maximum of two years. It is an offence for a member of the jury during the trial period to carry out research into the case, intentionally seeking information and when doing so they know, or ought reasonably to know, the information is or may be relevant to the case.

Similarly, there are offences of sharing research with other jurors, engaging in other prohibited conduct and disclosing jury deliberations. There are numerous exceptions to the last offence, including one to allow lawyers to investigate grounds that may lead to an appeal.

Sections 1, 2 and 3 of the CJCA extend the number of offences carrying life imprisonment, increase the number of specified offences for the purposes of the dangerous offender legislation, and increase the number of offences which can qualify a person to receive an automatic life sentence for a second defined offence. Numerous changes are made to prison law. Schedule 21 to the Criminal Justice Act 2003 is amended so that the starting point for sentence of a person convicted of murder of a police or prison officer in the execution of their duty will be a whole-life tariff.

Changes are made in relation to the length of any disqualification if a person is, at the same time, sentenced to custody. The court must order that any period that will actually be served in custody shall be added to the period of disqualification and identify the end date of that disqualification. Periods of time remanded in custody and on a qualifying curfew are taken into account so that the actual date of release can be more accurately identified (Coroners and Justice Act 2009 amended by the CJCA).

Amendments are made to the law relating to referral orders imposed in the Youth Court when they are breached or a new offence is committed. Greater flexibility is introduced by sections 43 to 45 so that there can be a fine or extension of the period of the referral contract and so that revocation need not be automatic if a penalty is imposed for a new offence.

The maximum penalty for sending letters with intent to cause distress or anxiety under section 1 of the Malicious Communications Act 1988 is increased to two years on indictment.

Section 54 of the CJCA has introduced the criminal courts charge. Section 21A of the Prosecution of Offences Act 1985 requires that the court must order a person convicted of an offence to pay a charge in respect of the relevant court costs and a court must not take into account that duty when dealing with a person for an offence or breach of an order.

While section 21E provides for the remission of the charge, this may not occur unless the person has taken all reasonable steps to pay it having regard to their personal circumstances. The charge may not be remitted at a time when the person is detained in prison.

The Prosecution of Offences Act 1985 (Criminal Courts Charge) Regulations 2015 provide that an order need not be made if an absolute discharge is imposed or if an order is made under section 37(1) of the Mental Health Act 1983.

However, once the court has imposed a charge it may then consider how its payment is to be enforced. There appears to be no reason why a magistrates’ court (or a Crown court judge sitting as a district judge) should not use the power to impose a day’s detention under section 135 of the Magistrates Court Act 1980.

While some commentators suggest that R v Holden [2013] EWCA Crim 2017 prevents such an action, the case makes no reference to the power to detain but rather to the imposition of one day’s imprisonment.